India Gets a New Institutional Framework

The six members of the new monetary policy committee took their first decision on interest rates last week. The goods and services tax (GST) council also met for the first time to discuss the rate at which the proposed national goods and services tax should be imposed. This means that two very important levers of macroeconomic policy—interest rates and the indirect tax rate—will be operated by a committee rather than a single individual.

These developments remind me of an old cartoon by Charles Addams that was published in The New Yorker. A father tells his son, as they walk past a statue in a public park: “There are no great men, my boy, only great committees.”

The efficacy of committees depends on both the formal structure of rules as well as the overall culture in which they operate. The Reserve Bank of India (RBI) governor has an extra vote in case the monetary policy committee cannot come to a majority decision. The GST council is so structured that all 29 states have an equal vote rather than one based on their economic size. The states collectively control two-thirds of the votes. New Delhi has the other one-third. 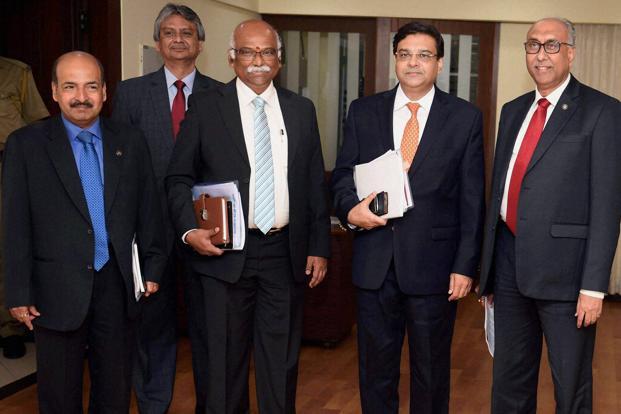 The structure of the GST council opens up opportunities for what the Americans call log rolling—or reciprocal deals to support each other on various issues. The monetary policy committee structure offers fewer options for such deal-making.

Its outside members can have just one four-year term. Its operational culture deserves to be watched. It would be good if the three representatives of the RBI do not habitually vote as a block. And it will be interesting to see if governor Urjit Patel allows himself to be outvoted without using his casting vote, as Bank of England governor Mervyn King did.

These two committees are part of a new institutional structure that is coming up in India. Indian monetary policy is now by law expected to pursue an inflation target given to it by the political system. An Insolvency and Bankruptcy Board of India has been constituted to oversee the new bankruptcy framework that has been put in place.

A committee headed by N.K. Singh is expected to soon submit its suggestions on the contours of a new fiscal law as well. There is currently a lot of speculation about whether it will announce a moving deficit target that depends on the state of the business cycle or a fiscal deficit range akin to the one we now have for inflation, so that budgets do not become pro-cyclical.

It remains to be seen how well all these new arrangements work. For example, the new framework for monetary policy as well as the changes in the fiscal framework should ideally deal with the severe inflation and deficit bias in India, the main reason why the country has been an outlier in terms of economic imbalances, even among comparable emerging markets, let alone the developed world. These are examples of deep institutional reforms that could fundamentally alter the incentive structure of the Indian economy—and far more important than issues such as privatization or foreign direct investment limits that grab the headlines.

This column has on several earlier occasions argued for another economic institution—a fiscal council that will keep an eye on public finances. Budget making is fundamentally a political act, so no democracy can allow a group of experts to decide on fiscal policy in the way monetary policy is now decided by a committee. Yet, there is still ample scope for a variant of the fiscal councils that many other countries now have.

Indian budgets are often shots in the dark. Revenue is consistently overestimated. Expenditure is consistently underestimated. India has a long history of drifting away from fiscal strategies for the medium term. A new fiscal council could do what the bipartisan Congressional Budget Office does in the US. It could give an independent opinion on the fiscal targets for any particular year. And it could also do its own forecasts of what any budget decision means for the Indian economy over the longer term.

The latter is especially important. Most economists will agree that what really matters is not only the fiscal deficit for a particular year but the trajectory of public debt in the medium term. There is now also an inflation target to think of. Fiscal policy should implicitly keep the inflation target in mind so that the central bank is not forced to take drastic steps.

A new fiscal council could then do three things.

First, it could look at the budget details to tell us whether the assumptions are valid, and whether there are any accounting tricks hidden from the public eye.

Second, it should use standard models to assess whether current fiscal policy could make public debt unsustainable over the medium term.

Third, it should specifically see whether fiscal policy puts the legal inflation target under threat.

The economics brains trust of the Narendra Modi government should now seriously consider an independent fiscal council to complement the other new institutions that have been set up.