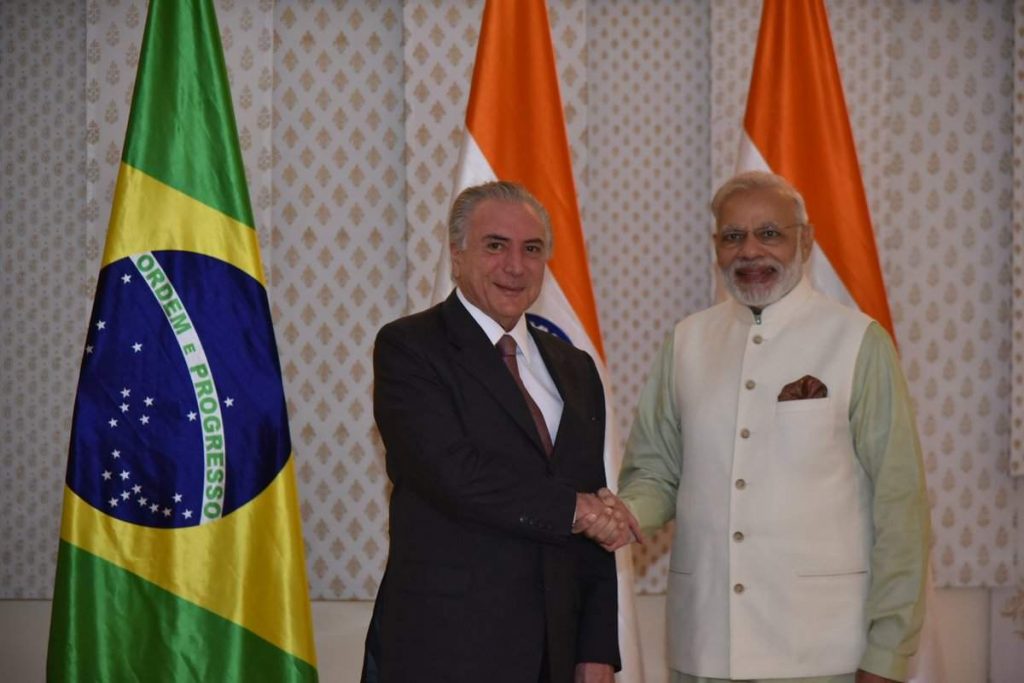 “We agreed that the world must come together to fight this menace without distinction or discrimination. We will continue to work with Brazil as an important partner in early adoption of the Comprehensive Convention Against International Terrorism (CCIT) at the United Nations,” said Mr. Modi in his statement made at the signing of four agreements between India and Brazil at the end of the BRICS summit 2016 here on Monday.

Mr. Modi said that the two countries have also made progress in opening new areas of cooperation during this visit in drug regulation, agricultural research and on cyber security issues.

Though separated by geography, Brazil and India are natural partners linked by common values of democracy, rule of law and shared aspirations for development, peace and prosperity, said Mr. Modi.

“I am delighted that Goa with its common cultural Portuguese heritage is part of his maiden visit to India,” said Mr. Modi in the context of Goa, which is an erstwhile Portuguese colony.

Mr. Modi said that President Temer and he had reviewed the full range of bilateral cooperation. Noting the potential for much more, they agreed to scale up their engagement.

“Brazil is among our most important economic partners in Latin America. I am happy to note that India and Brazil have finalised the text of a bilateral investment agreement. It will provide much needed momentum to increased bilateral business and investment linkages,” said Mr. Modi.

Taking note of the priority that President Temer attaches to reviving the domestic economic agenda in Brazil, Mr. Modi offered India as a valuable partner in the endeavour and welcomed Brazilian companies to come and invest in India and to forge long term commercial partnerships.

Mr. Modi said that at the venue of the BRICS summit, President Temer and he met with the CEOs to hear from them first hand and was encouraged at the steps they are taking to advance pragmatic collaboration.