India: Allocation for Education Likely to See 12% Increase in Budget 2017 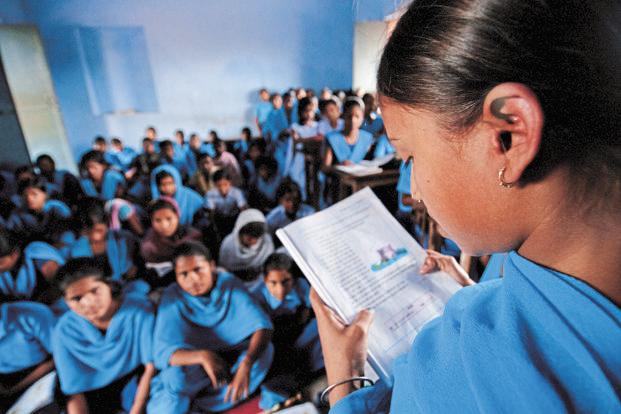 New Delhi: Budget allocation for the education sector is expected to rise by 10-12% this year, doubling the quantum of increase from the previous year.

A major part of the increased allocation will be for “improving education outcome in schools”, in keeping with the emphasis on education, especially in schools, from the prime minister’s office, two government officials said requesting anonymity.

“In the last meeting with economists and experts at Niti Aayog, the prime minister listened carefully to issues related to education and reiterated his demand for excellence,” said the first of the two officials.

“With importance coming from the top, you may see a 10-12% hike over previous year’s budget,” the official added.

While the Sarva Shiksha Abhiyan or SSA (drive for the universalization of education) and the midday school meal scheme will continue to get sizable allocations, the Union budget is likely to emphasize the quality of outcome in schools, the official said.

Poor quality of education, especially in government schools, has been a concern for India. Several surveys over the years have indicated that poor learning levels have affected the country’s long-term competitiveness.

According to the Annual Status of Education Report (ASER) published by education non-profit Pratham in 2015, every second Class 5 student in rural India cannot read Class 2 level text. Pratham has been conducting an annual assessment of schools for the past 11 years, except in 2015-16.

The first official said with access to education no more an issue, the government will emphasize improving quality, and assessment of learning outcomes is key to fixing responsibility and taking remedial action.

The human resources development ministry also hinted at a similar approach last week when it said that SSA had made significant progress in achieving near universal access and equity but imparting quality education to children at elementary level was the major challenge. Therefore, reorienting the SSA programme towards quality is the main emphasis of the school education department, the ministry said in a statement.

“Assessment of learning is likely to get a leg-up. The HRD ministry too has been advised from the top to monitor and assess academic progress and you may see good allocation for this,” the first official said, adding that both Central Board of Secondary Education (CBSE) and National Council of Education Research and Training (NCERT) may be asked to keep a tab on learning outcomes in schools.

The last budget included plans for setting up 20 “world class” universities—10 each in the private and public spaces—and the HEFA. While the world class university plan aspires to take 20 of India’s top education institutions into the top 100 world universities list, HEFA seeks to offer affordable loans to educational institutions for infrastructure and R&D related requirements.

The regulations for the world class university plan are expected to be finalized this year. HEFA, a non-banking financial corporation, is expected to come up by April this year.

These two are aspirational plans and you may see special allocations for both, the second official said.