Abusive transfer pricing, bribery and tax evasion are contributing to the loss of more than $60-billion from unlawful money flows in Africa. 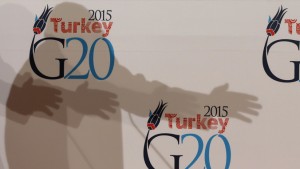 Illicit financial flows from Africa are a large and growing problem. Averaging 4% of gross domestic product they are outstripping foreign direct investment and official development aid to the continent.

This is according to the latest African Economic Outlook report, jointly published by the African Development Bank, the Organisation for Economic Co-operation and Development (OECD) and the United Nations Development Programme.

The report, released on Monday, said that Africa lost an annual average of $60.3-billion, or around 4% of GDP in illicit outflows between 2003 and 2012. During the same period, official development aid (ODA) and foreign direct investment (FDI) averaged $42.1-billion and $43.8-billion respectively.

These unlawful money flows involve practises such as tax evasion – through trade misinvoicing and abusive transfer pricing – money laundering, bribery by international companies and abuse of office by public officials.

Illicit flows for sub-Saharan Africa, in 2012, were estimated to be $68.6-billion, just slightly less that ODA and FDI combined coming in at $41.1-billion and $35.4-billion, according to the report.

But these unlawful transactions are “clandestine” it said and “may well underestimate the actual size of the flows”.

Research estimates suggest that Africa’s capital stock would have increased by more than 60% if these illicit funds had remained on the continent, while GDP per capita would be 15% higher.

Referencing research done by a high level panel of the African Union and UN Economic Commission for Africa examining illicit financial flows, the report noted that large commercial corporations account for the vast majority, or 65%, of illicit money flows, following by organised crime (30%) and corrupt practices (5%).

Trade misinvoicing – or the deliberate over and under invoicing of trade transactions – was the most widely documented method of transferring illegal money across borders, accounting for 67.4% of all illegal outflows between 2003 and 2012.

Alongside illicit flows tax revenue collection continued to fall short of countries’ needs, the report noted. In addition revenues, which in many countries are heavily linked to earning from natural resources, remained vulnerable to fluctuations in commodity prices.  Efforts to combat tax avoidance meanwhile are hampered by the lack of monitoring capacity.

Despite the extensive abuse of transfer pricing – or the artificial movement of taxable profits from high-tax to low-tax jurisdictions – only three African countries have transfer-pricing units in their internal revenue services the report noted.

Remittances a positive investment
But the report also identified some distinct positive trends. Remittances – or money that the African migrants send home each year – have major potential to unlock investment and growth in Africa according to the report.

These funds remain the largest source of international finance flows into the continent.  Private cross-border transfers from individuals and households have increased substantially over the last 15 years, from $11.9-billion between 2000 and 2002, to an estimated $61.2-billion between 2012 and 2014 in noted.

Remittances are increasingly going towards productive investment – such as spending on homes, starting businesses and improving farms – rather than on immediate consumption.   At the macroeconomic level remittances improve countries’ debt sustainability pressures by increasing the tax base, the report said.   The cost of remittances for Africans is however far more expensive than in other regions of the globe.

Referencing work done by the World Bank, the report said that the average global cost of sending remittances has decreased from 8.9% in 2013 to 7.9% in 2014, but remitting money to sub-Saharan Africa remains costly at around 12% of the value sent.

“In addition, South-South remittances are either not permitted or are costly due to lack of competition in the remittance market, high foreign exchange commissions and outward capital controls in many developing countries,” it continued.

“One worrying trend is the imposition of additional fees on beneficiaries by international banks, some of which are now reducing their involvement in this sector following closer monitoring precipitated by money laundering and terrorism financing concerns.”

This was the case especially in Somalia and other African fragile states, which are highly dependent on remittances it said. But the diffusion of cellphone and internet-based technologies was expected to drive down the cost of fees. Organisations such as the G20 have also taken steps to reduce the transaction costs and barriers through co-operation between remitting and receiving countries.

Flows of private capital into Africa have also grown in importance, with increasing from 63% of total external resources between 2002 and 2006 to more than 70% between 2010 and 2014.

Meanwhile the importance of public funds, especially bilateral aid from OECD countries is reducing in importance, declining to 30% of external flows during the years between 2010 and 2014. Similarly consumer orientated sectors, rather than resource sectors such as oil and minerals, are increasingly attracting foreign direct investment (FDI).

These flows are starting to diversify into industries such as information and communication technology (ICT), retail, food and financial services. “In 2013, investment in ICT and retail increased from 14% and 12% of total FDI in 2007 to 20% and 17%, respectively,” it said.

« China’s coming crash?» China and Brazil are becoming BFFs. Should we be worried?