How to Solve SA’s Power Crisis?

As South Africa struggles with the worst power crisis that the country has ever seen, many are turning to alternative energy sources. However, there are constraints in using off-grid options, and as such, there is a need for an integrated approach regulated by the grid, to manage the supply and demand of energy.

This is according to Dr Dirk Steyn, partner at Deloitte in the Western Cape, who says that South Africa needs to adopt a smart grid approach. 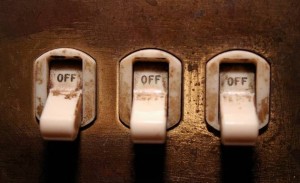 “Primary connection to the national grid will always be required by households and businesses as the supply of renewable energy from solar, wind or other sources is at nature’s mercy. Gas and other combustion generating options are likely to be costly and require significant capital investment. The solution lies in understanding our power demands, and in an integrated, smart grid solution,” says Steyn.

He says that the value of embedded generation needs to be considered. This refers to the part-supplementation of power from additional sources such as renewables which is generated on a small scale within the electricity distribution network. The user can revert back to the use of power from the grid, should the need arise. This method, also known as self-generation, lowers overall dependence on the national grid.

“However, embedded generation is not regulated or monitored, so we don’t know how many users get their energy supply from alternative sources. We may be building large scale capacity only to find no buyers in the future as consumers become self-sufficient. Whilst the scenario is unlikely, it does highlight the need for an integrated approach to supply and demand,” says Steyn.

He says that the problem is further compounded by the fact that embedded generation users do not buy electricity from municipalities, and in years to come, if this usage increases, municipalities will suffer a revenue loss.

“It is a risk that council is unable to monitor the usage from embedded generation, especially as they are dependent on electricity sales to subsidise finances.”

He says that an effective mix of energy supply would continue to incorporate a significant component of non-renewable sources such as coal for managing base load usage and some element of peaking capacity in the form of solar, wind or hydro.

“Base load refers to the minimum energy that is required to keep the grid operational, while the peaking capacity refers the maximum demand of the grid at any given point in time. Both of these elements are important to understand the limits of energy supply and demand on the national grid,” explains Steyn.

He believes that the solution lies in putting in place a measurement to determine self-generation usage, implement consumer education regarding self-usage and adjusting rates and taxes to compensate for municipal revenue loss which may stem from embedded generation, and then ensure demand site management. Demand site management is the management of electricity peaks and lows at any given time.

“All of these elements have to be integrated to from a smart grid solution. Increasing our capacity to serve an intelligent grid which is able to balance contributions from embedded generation; base load and peaking against the needs of an educated consumer base, categorised into different nodes of demand married with appropriate and cost effective generation, will help in ensuring that the supply and demand of power is sustainable,” concludes Steyn.