How Are BRICS Doing Amidst Global Economic Turmoil? 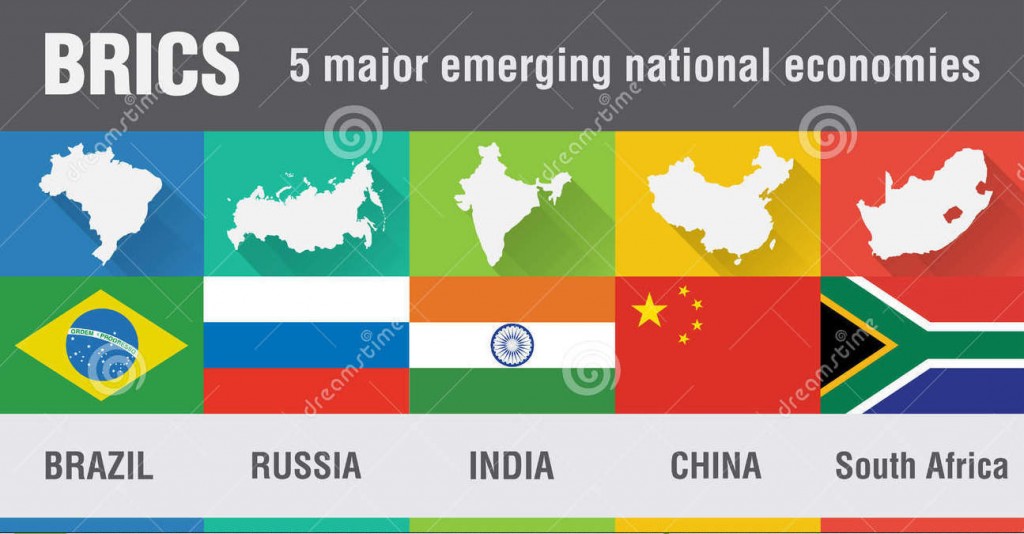 BRICS was formed with the idea of changing the global economy by shifting investors’ focus from established, industrial markets to emerging ones. The association consists of Brazil, Russia, India, China and South Africa and makes up 40% of the world’s population, 21% of the world’s GDP and 30% of globe’s land masses.

These countries, particularly Brazil, China and India have achieved significant growth. But recent developments have cast doubt on their economic futures. Falling oil prices, a strong U.S. dollar, and perhaps most of all, China’s recent fumblings have further complicated matters.

As 2016 unfolds, let’s look at the situation in each BRICS country, including the major challenges they will face in the coming months — and beyond.

South America’s largest economy and a huge success story until recently faced one of its worst recessions in 2015. This year may not be any different. The International Monetary Fund on Jan. 19 downgraded the economic forecast for Brazil.

The country’s political uncertainty and high levels of corruption have only added to the economic turmoil. In addition, Brazil has suffered from China’s economic woes. China is Brazil’s biggest export destination and import origin ($46.1B in goods sent and $36.8B in those received, respectively). On Dec. 16 credit ratings agency Fitch cut Brazil’s sovereign foreign credit rating to junk.

STOCKS TO BUY: TheStreet Quant Ratings has identified a handful of stocks with serious upside potential in the next 12-months. Learn more.

Russia has faced increasing economic problems after the west imposed economic sanctions on it following its incursion in the Ukraine. Russia entered a recession in 2015 and saw the drastic decline of the ruble. The strong dollar increased the interest payments on the country’s dollar-denominated debt.

Besides this, Russia has faced falling oil prices. Crude petroleum represents 35.2% of Russia’s total exports. Its main trade partners include China. In 2015, Russia reached its highest inflation rate of 12.9% since 2008, according to the Federal Statistics Service. Yet as The New York Times pointed out, the Russian government cannot “tax oil companies more than the cost of producing oil in Siberia.”

With reasonably solid fundamentals, India seems to have the most potential among its peers, but the country struggles from high levels of poverty, political infighting and corruption. Global investor Marc Faber says that the slow pace of reforms in India is particularly disappointing. Top two global rating agencies also raised concerns about reforms and lowered their growth forecast.

The country’s economy grew at a robust 7% between April and June in 2015. At the World Economic Forum in Davos, Switzerland, Indian Finance Minister Arun Jaitley projected that the Indian economy could grow by as much as 9% a year. However, the governor of the Reserve Bank of India (central bank of India) Dr. Raghuram Rajan is of the opinion that India has always faced a gap between its promise and execution.

China’s slowdown has been arguably the biggest part of global economic uncertainty. For the past few years, the country has been the world’s most significant growth engine. Earlier this month, the government announced that GDP would increase by less than 7%. That is strong by most standards but much less than the regular 10% gains the country has been registering regularly. The government’s clumsy interventions and a lack of transparency about productivity and financial issues has fostered distrust.

The International Monetary Fund has cut its economic growth forecast for South Africa by almost half to 0.7%, citing weak commodity prices and high borrowing costs. South Africa’s economy has been shrinking and according to the trade and industry minister Rob Davies, the country must become less reliant on its mining and commodities industry. China’s slowing growth has impacted South Africa’s economy, leading to a dramatic slump in gold, platinum, coal and iron ore prices.

When BRICS countries emerge from their problems is difficult to say. In the interim, the group offers a far less compelling economic picture than it did just a few years ago.

« Brazil Economy: What You Need to Know as an Investor» BRICS Labor Ministers to Address Employment at First Meeting