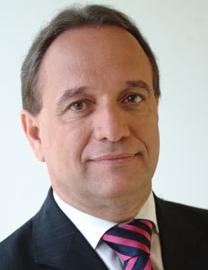 Murilo Pinto de Oliveira Ferreira was appointed Chief Executive Officer of Vale in May 2011. Has over 30 years’ experience in the mining sector. He joined the Executive Board of the company in 2005, leading the Holdings and New Business area. At the time, he was the Executive Director responsible for the aluminum, coal steel and energy sectors, business development, mergers and acquisitions. In 2006 he was promoted to the position of Executive Director of Nickel and Basic Metals Sales and in 2007 he chaired the then Vale Inco, now Vale Canada, a position he held until the end of 2008. Murilo Ferreira began his professional career at Vale in 1977 as a financial and economic analyst. The following year, at Caraíba Metals, he held the position of Financial Manager, where he remained until 1980, when he went to Aluminum Brasileiro SA (Albras) to assume the post of International Finance Manager. After almost eight years at ALBRAS, he dedicated himself to consulting projects for M & A and restructuring companies, among which Companhia Paulista de Ferro-alloys, Sibra Eletrosiderúrgica Brasileira SA and Alumina do Norte SA (Alunorte). In 1998, he served as Finance and Commercial Director of Vale do Rio Doce – Aluminum (Aluvale), a company incorporated by Vale in December 2003. He was also Chairman of Alunorte, Albras, and Vera Cruz Mining. He was a member of the Board of Directors of several companies in Brazil and abroad, such as Rio do Norte SA Mining Company (MRN), Valesul Aluminium SA, Alunorte, Albras, Usiminas, PT Inco (Indonesia) and Vale Inco (New Caledonia). He was also a partner at Studio Investimentos, asset management company focused on the Brazilian stock market. He graduated in Business Administration from Fundação Getúlio Vargas, São Paulo, has a postgraduate degree in Management and Finance from Fundação Getulio Vargas, Rio de Janeiro, and Executive specialization (Senior Executive) from IMD Business School, Lausanne, Switzerland .

Vale is a global mining company committed to sustainable practice throughout its business chain. Present in over 30 countries, the company is the world’s largest producer of iron ore and the second largest producer of nickel, in addition to producing copper, manganese, ferroalloys, coal, fertilizers, cobalt and platinum group metals. Vale invest in world-class assets capable of creating value through the cycles and which have a long life, a low cost, the potential to expand and ensure high-quality production. The company’s investment also extends to people and to the environment. Vale seeks to build an organizational culture that values diversity, is fair and inclusive, offers opportunities for professional growth and focused on the health and safety of our employees. In addition, Vale is dedicated to building strong and open relationships in the communities in which it is present, and continuously seeks new ways of balancing human progress with the preservation of nature through training our employees in environmentally responsible practices.