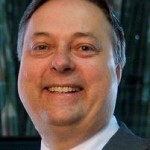 Harry Schmelzer Jr. is graduated in electrical Engineering with Master degree in Business Administration. In addition to that, his educational background includes specialization courses in Management and Finance by Dom Cabral Institute, Kellog School of Management (Northhwestern University, USA), Insead (France) and by IMD International (Switzerland). In 2008, he had been elected CEO of WEG, which is a Brazilian-based multinational company with business operations concentrated on the capital goods sector. Regarded as one of the world’s largest manufacturers of electro-electronic products, the company is specialized in manufacturing and supplying LV & HV Electric Motors, Power Generation Machinery, Power Transmission & Distribution Equipment, drivers & Control Products and Industrial Paints. Counting on over 27 thousand employees all over the world and Net Income of R$6.1 billion (in 2012), WEG has manufacturing plants located in Brazil, Argentina, Mexico, USA, Austria, Portugal, South Africa, China and India.

WEG is present in South Africa since 1980, and acquired, in 2010, the ZEST ELECTRIC MOTORS (PTY) LTD company, located in Johannesburg. The WEG operation in South Africa grosses annually US$ 229 million and provides 600 direct jobs. Relatively to China, WEG has established industrial engine factory WEG (NANTONG) ELECTRIC MOTOR MANUFACTURING CO., LTD in 2004, at the city of Nantong. The unity has received investments of US$ 68 million and created 804 direct jobs. Since 2009, WEG earnings in China (about US$ 75 million in 2012) multiplied, growing 300% in four years. The expansion plans in China include the acquisition of new plants, and the prospection is in course. The company aims expand its participation in the Chinese market to 60% of the local output, as a part of the goal of multiplying earnings in 8 to 10 times until 2020. WEG inaugurated, in February 2011, an electric engine and generator plant in India. The company invested US$ 75 million in the operation, which has created 210 direct jobs. There’s capacity to triplicate the number of direct jobs created in short term. WEG has established its commercial branch WEG ELETRIC CIS LTD. In Saint Petersburg, aiming to offer technical and commercial support in Russia and the other members of the Community of Independent States. The branch has a team of 15 employees and seeks to develop business in areas such as oil & gas and nuclear power.