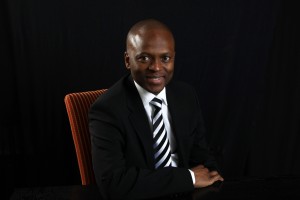 Sandile Donald Muziwenkosi Zungu (“Zungu”) was born at Umlazi Township, Durban on the 10th of February 1967. He completed Matric at Vukuzakhe High School in 1983, and did post-matric at Hilton College the following year.

Zungu completed a BSc (Mechanical Engineering) degree at the University of Cape Town (UCT) in 1988 as well as a Masters in Business Administration (MBA) at the UCT Graduate School of Business in 1995. In 2000 he completed a Program for Global Leadership certificate at the Harvard Business School in Boston, USA.

In 1998 he led SARHWU Investment Holdings to becoming BusinessMap Dealmaker of The Year. In 2000 he represented South Africa at the 6th finals of the World Young Business Achievers, which were held in Florida, USA and won the much-coveted Outstanding Business Strategy award. Zungu featured in the Financial Mail’s Little Black Book profiling South Africa’s 300 most influential blacks and graduated recently as a member of the World Economic Forum in his capacity as Young Global Leader. He is a member of the BRICS Business Council and also serves on the BEE Presidential Advisory Council.

Zungu was an associate within the corporate finance division of African Merchant Bank (AMB) prior to establishing Sarhwu Investment Holdings in 1997, a company that he led for three-and-half years, growing it from a zero asset base to more than R400 million in the net value of its assets. In August 2000 he assumed his duties at the then R6 billion New Africa Investments Limited (NAIL) as executive director responsible for strategy and empowerment. He became intimately involved in developing and implementing plans by NAIL to distribute its interest in Metropolitan Life Limited (METLIFE). He left the employ of NAIL at the end of 2001 after its complete transformation to a R1 billion media company.

Zico was incorporated in 2000 and became operational at the beginning of 2002 when the trade union investment company, SARHWU Investment Holdings Limited, sought the management services of the group. We are a black owned and professionally managed empowered company, which is driven by young and entrepreneurial investment professionals. “Since our establishment in early 2000, we have been relentless in our pursuit to build a premier investment business. We subscribe to the philosophy: hard work pays its dues and integrity sustains gains”——Sandile Zungu, Chairman   Strategic Focus Our growth strategy shall be realised through participation in established companies whose strengths are measurable and that will contribute to future wealth maximisation, within the following sectors: • Automotive (motor retail and allied services) • Operational services, which include specialised security, cleaning, laundry, hygiene, pest control and fumigation • Media and advertising • Human capital recruitment, training and development • Financial services • Infrastructure and manufacturing • Mining and resources • Alternative energy   Investments outside the above areas will be considered if they provide lucrative returns and provided we can add real and meaningful value in nurturing and growing such investments. Excluded in our investment mandate are sectors where there is a lack of clear competitive advantage or where we do not see ourselves adding significant value over the investment period.     Strategic Investments Zico has a number of investments held On-Balance-Sheet. Our strategic intent with regard to these assets is to grow them, whether organic or by means of acquisition, to become dominant players in the markets in which they operate. This strategy is consistent with our value proposition of being a long term value investing partner.   “We pride ourselves on being a steadily growing entrepreneurial company that invests in businesses with sustainable track records and superior growth potential. Our relationships with our partners are forged on trusted partnerships demonstrated by principled industry leadership.” ——Tshego Sefolo, Group Managing Director