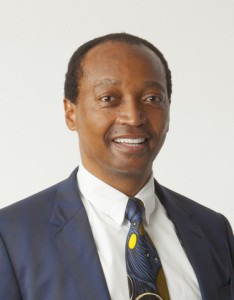 Patrice Motsepe is the Founder and Executive Chairman of African Rainbow Minerals (ARM).   Patrice was a partner in one of the largest law firms in South Africa, Bowman Gilfillan Inc. He was a visiting attorney in the USA with the law firm, McGuire Woods Battle and Boothe (Richmond, Virginia).   In 1994 he founded Future Mining, which grew rapidly to become a successful contract mining company. He then formed ARMgold in 1997, which listed on the JSE in 2002. ARMgold merged with Harmony in 2003 and this ultimately led to the takeover of Anglovaal Mining (Avmin) by African Rainbow Minerals (ARM).   Patrice is the recipient of numerous local and international Business and Leadership Awards, including:   –       World Economic Forum (WEF) Global Leader of Tomorrow, 1999. –       South Africa’s Sunday Times Business Leader of the Year in 2002, voted by the CEOs of the top 100 companies in South Africa. –       The Ernst & Young Best Entrepreneur of the Year Award 2002. –       Afrikaanse Handelsinstituut(AHI), MS Louw Award for Exceptional Business Achievement 2003. –       BusinessMap Foundation, Business Leadership Award 2003. –       Old Mutual Institute of Leadership, Business Leadership Award 2004 –       South African Jewish Report, Special Board Members Award for Outstanding Achievement, 2004. –       African Business Roundtable, USA, Entrepreneur & Freedom of Trade Award 2009. –       McGuire Woods Outstanding Alumnus Award, 2009. –       Black Management Forum (BMF) Presidential Award for Business Excellence 2010. –       Jewish Achievers Awards, Chivas Humanitarian Award, 2013. In January 2013, Patrice and his wife, Precious joined the Giving Pledge, which was initiated by Warren Buffet and Bill and Melinda Gates. Patrice committed to give half of the wealth of the Motsepe family to the poor during his lifetime and beyond and that of his wife.   Patrice is also the Chairman of the BRICS Business Council for 2013. He is a member of the International Business Council (IBC) of the World Economic Forum (WEF), which is made up of 100 of the most highly respected and influential chief executives from all industries. He is also a member of the JP Morgan International Council.   Patrice was: –       President of NAFCOC which is the oldest Black Business organisation in South Africa (2002-2006) –       President of the Black Business Council (BBC) (2002-2004) –       Founding President of Business Unity South Africa (BUSA), official representative organisation of business in South Africa (2003–2008) He is currently the Non-executive Chairman of Harmony and the Deputy Chairman of Sanlam and is also the President of Mamelodi Sundowns Football Club.

African Rainbow Minerals (ARM) is a public company listed on the JSE Limited (JSE). ARM is a leading South African diversified mining and minerals company with long-life, low unit cost operations and significant growth opportunities. ARM mines and beneficiates iron ore, manganese ore and alloys, chrome ore and alloys, platinum group metals, copper, nickel and coal. ARM also has an investment in gold through its shareholding in Harmony. ARM’s strategy is focused on quality growth within its portfolio of assets and ensuring that all ARM’s operations are positioned below the 50th percentile of each commodity’s global cost curve. This is achieved, in conjunction with ARM’s joint venture partners, through volume growth and continuous improvement in operational efficiencies.   In 2010 ARM successfully achieved its 2 X 2010 strategy to double production in its diversified portfolio of assets, and in 2012 ARM delivered its iron ore, coal and nickel growth projects. ARM’s growth of existing assets is supplemented by continuous assessment of acquisition and partnership opportunities and exploration in Africa.   ARM complies with the JSE Listings Requirements, applicable statutes, regulatory requirements and other authoritative directives regulating its conduct. ARM complies with additional good governance principles, which qualified the Company for inclusion in the JSE’s Socially Responsible Investment Index in 2010.   ARM is committed to responsible environmental stewardship as a fundamental part of sustainable value creation. By proactively establishing ourselves as a leader in environmentally aware mining and smelting, we can create a sustainable competitive advantage in the industry. But beyond cost and competitive considerations, environmental responsibility is a core part of ARM’s commitment to zero harm and to upholding the principles of responsible mining.