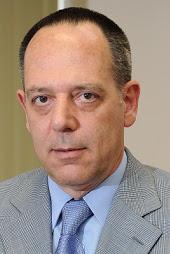 José Rubens de la Rosa is Marcopolo S/A CEO since 2000. Marcopolo is a Brazilian multinational company and world leader in production of bus bodies. De la Rosa started to work in the company in 1997, as CFO. His performance at Marcopolo’s Executive Board corresponds with the period of the company’s most remarkable growth, mainly in the international market. Graduated in Civil Engineering and Business and Administration, José Rubens de La Rosa obtained his Master’s Degree in Accounting and Controlling and attended the Advanced Management Program – PGA at Fundação Dom Cabral /Insead in Fontainebleu -France.

The history of Marcopolo began in 1949 in Caxias do Sul, in the south of Brazil. A history built by those who believed, and still believe progress travels along the paths of innovation. Marcopolo opened many of these paths. Since it started in a small shed, called Nicola & Cia, the founders of Marcopolo set a goal: producing innovative solutions for the mass transportation development. To that end, it was necessary to invest in improvement, technology and expansion. This vision converted the small Nicola factory into the giant Marcopolo: one of the main bus bodies manufacturers in the world. Currently, Marcopolo’s buses travel along the roads in over one hundred countries. The company has fifteen factories in the five continents, which are driven by the energy and dedication of more than 20 thousand employees, manpower that enables the production of up to 240 buses per day worldwide. Marcopolo is one of the largest bus bodies manufacturers in the world. Through its continuous investments in design and innovation, it actively contributes to development and implementation of solutions for the mass passenger transportation in some of the main markets worldwide. The Bus business unit offers a wide portfolio of bus bodies, ranging from small units to transit buses and Double Decker coaches, all offered over many different chassis Brands. In BRICS, Marcopolo is present in South Africa, China, India and Russia. In South Africa, the company has opened a plant in South Africa in 2000. In March 2009, the company won a public bidding, together with SCANIA, to provide 143 busses to Johannesburg City Hall. MARCOPOLO owns an auto parts factory in China. The company intends to establish a production unity to make full busses (bodies and chassis) in Changzhou’s Free Trade Zone. The company has, therefore, in 2010, entered with a formal request to install a factory in the aforementioned FTA, but hasn’t received yet an answer from the Chinese government. In India, MARCOPOLO has a joint-venture with TATA MOTORS, the largest Indian automaker, to produce and sell road busses, urbane busses, mini and micro-busses, aiming to satisfy both Indian and exportation markets. In September 2011, MARCOPOLO, through its subsidiary POLOAUTORUS LLC, and the OJSC KAMAZ GROUP, settled an agreement to form a joint-venture with the goal of commercializing MARCOPOLO busses with Euro 4 KAMAZ chassis. The joint-venture estimated selling 250 unities in 2012, being able to achieve, in 2016, a volume of 3.000 annual unities. In December 14, 2012, on the occasion of the visit of the President of the Republic to Russia, the first produced unit, painted with the colors of the Russian and the Brazilian flags, was exhibited in front of the hotel where the President Dilma Rousseff was housed.