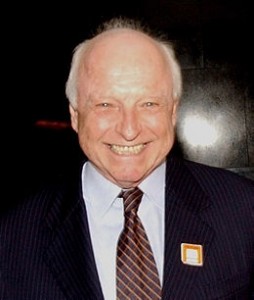 Chairman of the Board of Directors Gerdau

Jorge Gerdau Johannpeter holds a degree in Legal and Social Sciences from the Federal University of Rio Grande do Sul (UFRGS) and works for Gerdau since 1954. Mr. Gerdau has a strong role toward improving the efficiency and quality of management within the public and private sectors. He participates in the Brazil Competitive Movement (MBC) and also coordinated the Business Action, which are very active movements working toward carrying out structural reforms necessary for Brazil’s growth. Furthermore, he is active in the areas of education and culture, presiding over the governing board of the All for Education Movement. He is also president of the Iberê Camargo Foundation, the Mercosur Biennial Foundation Board, and member of the São Paulo Biennial Foundation Board. Additionally, Mr. Johannpeter serves on the Brazil Steel Institute, which he has twice served as president. He is part of the board of Volunteer Partners and of the advisory committee for the Brazilian branch of the David Rockefeller Center for Latin American Studies through Harvard University. He is also Chairman of the Chamber of Management, Performance and Competitiveness Policies of the Brazilian Government.

The Gerdau Group is in the United States since 1999, when it acquired the control over AMERISTEEL. The GERDAU AMERISTEEL is a full subsidiary of GERDAU S.A. Currently, the company is present in 29 of the 50 American states. In 2008, Gerdau took over the operations of MACSTEEL, a big producer of special steel. Together, GERDAU AMERISTEEL and MACSTEEL have over 9.000 employees in the USA. The two companies together have, in the United States, 18 steel mills, 15 transformation units, 46 steel cutting and folding units, as well as 14 units of steel waste processing.