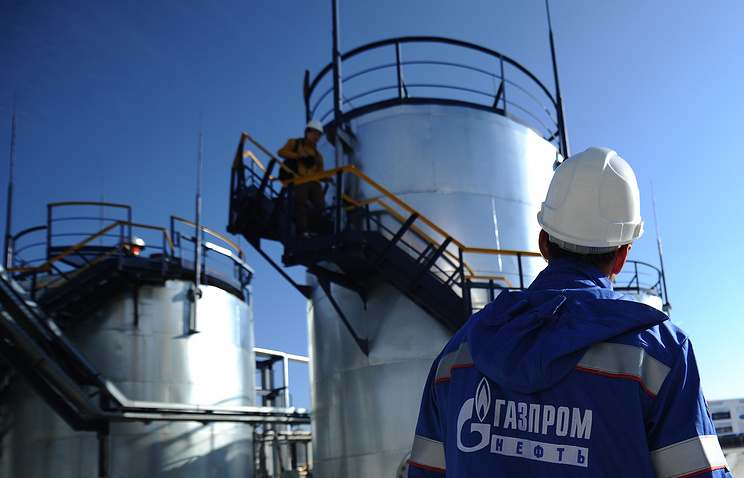 Gazprom Neft continues to export oil to China via the Eastern Siberia – Pacific Ocean for yuans, head of the company Alexander Dyukov told a press conference. Almost all oil which is supplied to China, is paid in the Chinese currency, he added.

“We sell practically all oil (for yuans – TASS). This is the oil which is delivered to Chinese consumers,” he said, when answering the question whether the company sells oil in China for yuans.

According to the official the company plans to increase oil production in 2016 to 59-60 mln tonnes.

“As for our plans for this year, we expect to see growth of production. As I said, the projects that we have implemented in 2015, investments – have laid the groundwork for increasing production in 2016 and subsequent years. According to our estimates, the growth will exceed 5%, and the production will be in the region of 85-86 mln tonnes of oil equivalent and 59-60 mln tonnes of oil.” he said.

Gazprom Neft Exploration Director Alexey Vashkevich said has said the company plans to boost hydrocarbons production from the Bazhenov play up to 2.5 mln tonnes per year.

“The strategic goal of hydrocarbons production from the Bazhenov formation is 2.5 mln tonnes yearly by 2025. A feedstock portfolio with the potential of over 100 mln tonnes of recoverable resources was developed within the strategy implementation framework,” he said.

Bazhenov play identified on the area of about a million square kilometers in the West Siberia contains substantial resources of tight oil.

According to Alexander Dyukov Gazprom Neft plans to fully compensate costs under the Badra project in Iraq in 2018.

“We will fully compensate costs in 2018,” Dyukov said responding to the question about Badra project costs’ reimbursement period.

The Badra field is located in the Wasit province in East Iraq. Badra’s geological reserves are estimated at 3 bln barrels of oil. The oilfield development project is designed for 20 years with an optional 5-year extension. Commercial production on the oilfield started in 2014.

Under the terms of the contract, investors will be reimbursed for costs incurred and paid a fee per barrel of oil produced. The contract was signed in January 2010 by a consortium of companies consisting of Gazprom Neft (the operator), Kogas (Republic of Korea), Petronas (Malaysia) and TPAO (Turkey). Gazprom Neft’s stake in the project is 30%, Kogas – 22.5%, Petronas – 15%, TPAO – 7.5%. The share of the Iraqi government, which is represented in the project by the Iraq Oil Exploration Company (OEC), is 25%.

Gazprom Neft may continue negotiations on Vietnam’s refinery if conditions offered to the company are beneficial, Dyukov went on.

“We are ready to take part in this project but it is important for us to reach the performance indicator. We are not satisfied with what the Vietnam’s party can currently offer to us,” Dyukov said.

Gazprom and Pietrovietnam executed a framework agreement governing key principles of acquiring a stake in Dung Quat refinery and its further upgrade in November 2013. The Russian company intended to acquire a 49% stake in the refinery.

The company is also interested in Shangule and Azar projects in Iran but Iran has not yet presented terms of participation.

“We are exploring all the opportunities available. Azar, Shangule are of potential interest. We are working at the adjacent part of the field and this geological structure – Badra field,” Dyukov said. The government of Iran has not yet presented terms of participation, he added.

Final decisions on projects will only be made when all conditions are known, Dyukov said.

The deputy CEO has also dwelled on the expectations regarding the price of oil saying ot is likely to remain at $50-60 per barrel over the next three years and will reach $90-100 per barrel in ten years.

According to conservative estimates of the company, the price of $50-60 per barrel will remain for three years and reach the level of $90-100 in a decade.

The general meeting Gazprom Neft shareholders approved dividend payment for 2015 in the amount of 30.7 bln rubles ($473.88 mln), taking into account the dividends paid in the first half of 2015.

June 27, 2016, was set as the date of compiling the list of persons entitled to receive dividends.

Net profit of Gazprom Neft under the International Financial Reporting Standards (IFRS) attributable to equity holders decreased in 2015 by 10.2% year-on-year and amounted to 109.6 bln rubles ($1.48 bln).

The company explained the decline of net profit by “the negative impact of foreign exchange on loan revaluations, the rise in depreciation costs as a result of the Company’s investment program as well as the rising cost of borrowing in Russia.”

« Russian Energy Minister to Meet With Ministers from Venezuela, Iran, India at SPIEF 2016» Medvedev: Russia to Cope With Any Problems, Outside Pressure