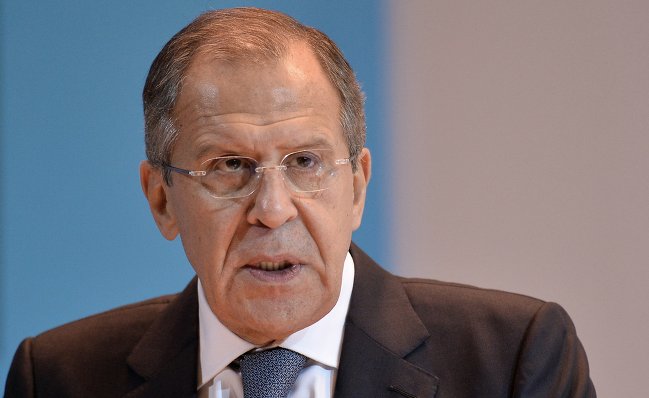 I am honoured to welcome the participants of the BRICS Global University Summit to the Moscow State Institute of International Relations (MGIMO University). You are the university and research elite of the group’s countries and of the academic communities from Europe, Asia, North America and Latin America. I wish you productive work at this summit.

This is the first BRICS Global University Summit, and we see it as a key event of Russia’s BRICS Presidency. It is also evidence of the high level of interaction between our countries and the fruitful development of ties in research and education. We are grateful to the administration of MGIMO and its partner universities, namely Lomonosov Moscow State University, People’s Friendship University of Russia and the MISiS National University of Science and Technology, for their contribution to promoting cooperation of the BRICS countries.

The summit’s eventful agenda and the broad range of discussion issues that cover all aspects of BRICS operation show that our countries are interested in making full use of the powerful potential of their combined expert community and in strengthening ties between their academic circles. This meeting is an organic part of the BRICS efforts in this sphere. The BRICS Ministers of Science, Technology and Innovation will meet tomorrow. Participants in the BRICS Academic Forum, which Russia held as part of its Presidency in May 2015, have coordinated recommendations for the BRICS leaders to develop cooperation in these spheres. The BRICS Think Tank Council, where Russia is represented by the National Committee on BRICS Research, has been working productively. The BRICS Network University will be launched soon.

I fully agree with MGIMO Rector Anatoly Torkunov that the BRICS Global University Summit is a unique venue for an open dialogue and collective brainstorming on issues pertaining to the key elements of global development and, of course, the role and place of BRICS as a major factor of the rising polycentric world order. I am convinced that the universities represented here can easily provide the necessary intellectual support to the BRICS activities. As we know, your universities have generated many breakthrough ideas in various intellectual spheres.

The BRICS rules are fully in keeping with the requirements of the 21st century, when equality and a culture of consensus building must become the foundation for international relations. We are working on the principles of mutual understanding and respect, including for each other’s interests, as well as solidarity and cooperation. The BRICS countries don’t force anything on each other and are not guided by the bloc discipline of military and political alliances.

The BRICS agenda is wholly creative and is aimed predominantly at finding new sources of development and new ways to improve their nations’ prosperity. These goals are linked inseparably to the tasks of fostering international stability and mutually beneficial multilateral interaction. The BRICS countries are committed to the fundamental principles and norms of international law and stand for strengthening the UN’s central coordinating role in global affairs. We reject any attempts to settle problems through the use of force, pressurising and interference in the internal affairs of other countries, including through unilateral sanctions.

It is from this point of view that the BRICS foreign ministers discussed ways to pool international efforts against the threat of terrorism and extremism at their meeting on the sidelines of the 70th UN General Assembly in New York in September of this year. This threat has grown in the Middle East and North Africa because of the weakening of government institutions in a number of regional countries, including as a result of flagrant interference by external forces. Geopolitical engineering and action taken to remove undesirable governments have disrupted the work of security mechanisms and provoked chaos, anarchy and the risk of national collapse and the seizure of territories by terrorists.

It is clear that in this unstable global situation we need to discuss issues and search for compromises that alone can create a lasting and stable system of relations in all spheres. President Vladimir Putin spoke about this in detail at a meeting of the Valdai Discussion Club. Recent events have shown that collective action and refusal to seek unilateral advantages to the detriment of partners can boost progress in settling the most difficult and complex problems. I am convinced that Russia, just as all other BRICS countries, is willing to do this.

Shared interests and dialogue based on mutual respect form the basis for the BRICS countries’ common stand on many global issues. This also concerns our contribution to the fight against international terrorism, which I have mentioned before, the drug threat, transnational organised crime and corruption, as well as to the peaceful settlement of conflicts, the strengthening of international information security and the development of information and communications technology. The BRICS countries are developing interaction in the economy, trade, finance, research and technology. During their summit in Ufa in July of this year, they approved a Strategy for BRICS Economic Partnership. We have also advanced an initiative to draft a BRICS Roadmap for Trade, Economic and Investment Cooperation and also social, humanitarian and cultural projects. We have been working jointly to promote the implementation of agreements to reform the global currency system, which were adopted five years ago but which our Western partners have not implemented in full yet. The BRICS New Development Bank and the Contingent Reserve Pool were created to contribute to strengthening international financial stability. All of these issues will be discussed at an informal BRICS summit, which will be held on the sidelines of the G20 Summit in Antalya, Turkey, in mid-November. We believe that the upcoming meeting of the BRICS leaders will further strengthen our future-oriented strategic partnership.

BRICS is not becoming introverted. On the contrary, it has demonstrated its openness to the world and has been working to make respect for cultural and civilisation diversity a pillar of the new world order, fully in keeping with the underlying idea of the UN Charter.

I wish the forum participants interesting and fruitful discussions, a productive exchange of opinions and all the best.