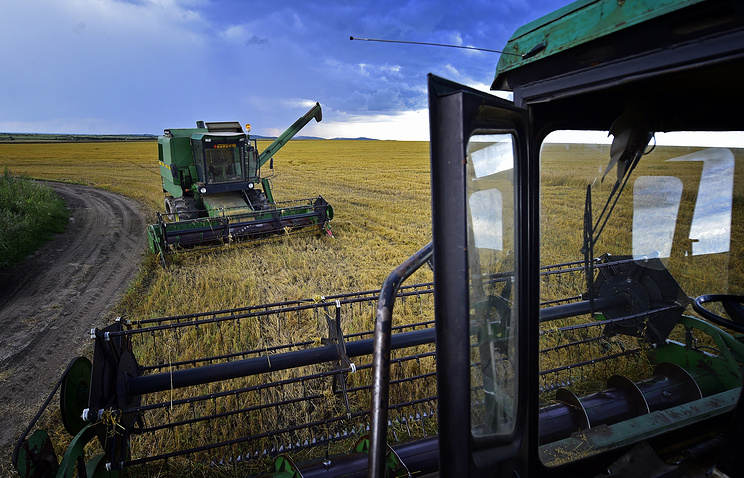 “Agriculture is the only sector in the economy that is growing steadily over the last several years. This is an engine of our growth – it’s a fact. This is not merely a growth driver; this is a sector setting tone and mood. People face foods every day, they want to see high quality and affordable foods produced in Russian on the shelves,” the official said.

“Now the production is within 120 mln tonnes per year, for the next decade the potential is 150 mln tonnes,” he said.

Russia has become one of the world’s major agricultural countries and it is proud of the fact, Dvorkovich said.

“I am convinced we can be proud that Russia has joined the world’s major agricultural countries. Perhaps, this is more important that other titles,” Dvorkovich noted. “We will continue pulling our weight to contribute to sustainable growth in the global food and grain markets.”

Dvorkovich pointed out that one should act openly and cooperate with partners on the world’s market.

“The world’s grain market needs transparent rules of the game and key players’ stable policy in the market,” he added.

Earlier, Agriculture Minister Aleksander Tkachev had told reporters that in 2016 Russia’s harvest set a 38-year record, surging to 117 mln tonnes. Grain exports are expected to stand at 35-40 mln tonnes this agricultural year (from July 1, 2016 to June 30, 2017), he added.

According to Dvorkovich, Russia will always be inferior to Western countries in terms of agribusiness support volume but such a support is stable and will so remain in future.

“Our agricultural companies should ‘squeeze’ everything possible from their talents and improve productivity without relying upon huge government support. Nevertheless, support is stable and will so remain,” Dvorkovich said.

Russian producers of grain and other agricultural commodities may successfully compete on the global market owing to decline of prices in dollar terms, the official said.

The draft Russian budget for 2017-2019 contemplates allocation of 204.5 bln rubles ($3.2 bln) for the state program of agricultural sector financing.

“Certainly, the company [United Grain Company acting as agent of interventions – TASS] should have certain flexibility and it is not enough. We will discuss this issue with market participants and other regulating counterparts. We will attribute greater flexibility if needed,” the official said.

At the same time, the Ministry of Agriculture shall remain the decision-maker of interventions, Dvorkovich said.

“Not merely market factors related to the domestic grain market but the international aspect and operations of the global market should be addressed when deciding whether interventions are feasible or not. Along with economic forecasts, certain political ones may be present, which also influence on the economy. Therefore, no harm if decision of the Agriculture Ministry or the Government is the trigger,” the official said.

The Russian government has abandoned export duties on wheat for good, Dvorkovich went on.

Dvorkovich said that the introduction of export duty was not the best solution, but in terms of the macroeconomic situation the government did not have an alternative.