2) international treaties of the states – members of a customs union, regulating customs relations in the customs union;

3) value added tax, charged for the goods importation into the customs territory of the customs union;

4) excise tax (excise taxes), charged (charged) for the goods importation into the customs territory of the customs union;

General provisions on the customs declaration of goods

1. Goods subject to customs declaration for placing under the customs procedure or in other cases established in accordance with the Customs Code of the customs union.

2. Customs declaration of goods is made by the declarant or customs representative acting on behalf of the declarant.

Federal Customs Service (FCS of Russia) is an authorized federal body of executive power, exercising functions for the frame of public policy and legal regulation, control and supervision of Customs in accordance with the laws of the Russian Federation (the official site www.customs.ru).

SYSTEM OF TAXES AND CHARGES IN THE RUSSIAN FEDERATION

In the Russian Federation the following types of taxes and charges are established: federal, regional and local.

Federal taxes and charges are:

7) fee for the right of use of fauna and water biological resources;

Federal Tax Service (FTS of Russia) is a federal executive authority exercising functions of control and supervision over legislation observance on taxes and charges (the official site www.nalog.ru).

Course of business without state registration as a legal entity entails administrative liability in st.14.1 Administrative Offences Code of the Russian Federation, and if this act caused major damage to citizenry organizations or state or involved the generation of income on a large scale, then – criminal penalties for st. 171 Criminal Code of the Russian Federation.

Authorized government agency implementing the registration of legal entities, is the Federal Tax Service of the Russian Federation.

Duty for state registration is charged in the manner and amount determined by the Tax Code of the Russian Federation. 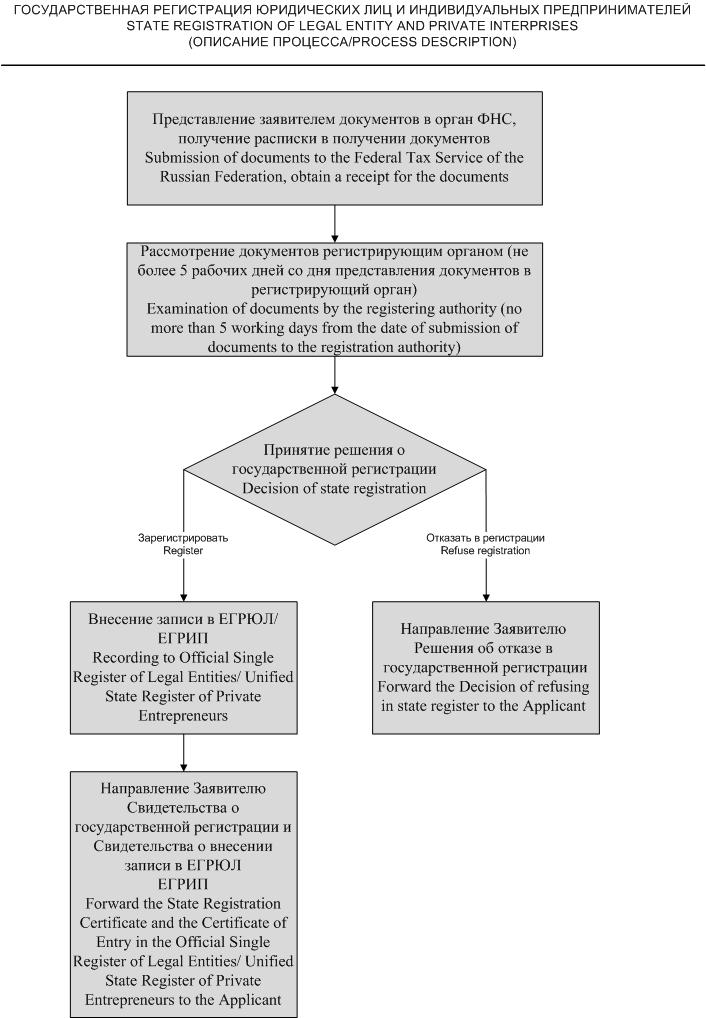