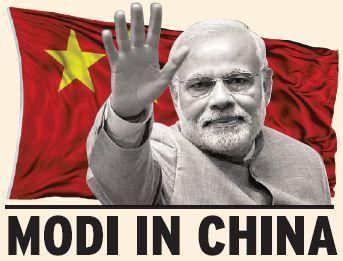 They will be set up in Beijing and Bengaluru.

China and India are establishing two sister cultural parks — in Beijing and Bengaluru — to boost the soft power content in, and impart a holistic dimension to, a rapidly evolving relationship.

Dana Schuppert, founder of the Beijing-based 21st Century China India Centre for Culture and Communication, is the driving force behind the initiative. Fully backed by the Chinese government, the concept of setting up large-scale cultural hubs flows from the Joint Statement signed during President Xi Jinping’s visit to India last September.

“My point was, if we can have big industrial parks, why not also establish large cultural and educational parks,” said Dr. Schuppert during an exclusive interview with The Hindu. She said Buddhist studies would be part of the curriculum at the park at Beijing Normal University. “Land has already been allocated at Beijing Normal University. An Indian hotel and a convention centre would be established, within a zone where knowledge of Sanskrit, Ayurveda, Vivekananda and Yoga would be imparted.”

At the Bengaluru centre, a railway college will be set up.

‘It is a Buddhist renaissance in China’

With China and India ready to inject a cultural vigour to their bilateral ties, Prime Minister Narendra Modi’s emphasis on soft power dovetails completely with China’s remarkable ongoing cultural renaissance, says Dana Schuppert, who is the driving force behind the initiative of setting up two sister cultural parks in Beijing and Bengaluru.

“The cultural renaissance that we are experiencing under President Xi [Jinping] is a great Buddhist renaissance. Buddhism is number one together with Confucianism and Taoism. These are three schools of thought that shape the Chinese mindset. The distance this country has travelled from the trauma of the Cultural Revolution is unbelievable,” she said in an exclusive interview with The Hindu.

She stressed that Mr. Modi’s arrival was perfectly timed as the Chinese leadership had taken a “strategic decision” to transform its relationship with India. “It is indeed a transformational moment. I can only say time and again that President Xi Jinping and Premier Li Keqiang are committed to improving the China-India relations. It is evident in the article that President Xi wrote in The Hindu that it would be his historical contribution to improve the quality of the relations between India and China.”

Dr. Schuppert is confident that the decision of the External Affairs Ministry to reinforce Buddhism as part of its foreign policy toolkit would yield tangible results. “I think this is for the first time that something like this is happening. It sends a fantastic signal,” she said.

Having observed China’s remarkable turnaround up-close during the 23 years that she has lived in the country, Dr. Schuppert has little doubt that the Chinese leadership would be able to achieve a seamless synthesis of Marxism, Buddhism, Confucianism and Taoism.

Asked to comment on the status of the Bangladesh-China-India-Myanmar (BCIM) Economic Corridor, Dr. Schuppert said the project was still at a “study stage”.

“There is really no one to push it in the right way and make a reality out of it. Without wanting to generalise, I can say time and again that follow-up, feedback, check-and-balance mechanisms in a continuous regular way are the keys to turn these wonderful ideas into reality.”

Apart from Yunnan, which is the starting point of the BCIM, closer ties between Chengdu — already declared a sister city of Bengaluru — and India should be established at the earliest.

“We created the China-India forum with the support of the Chengdu government. Chengdu is one of the centres of the future, and the government there has a very entrepreneurial attitude, which is evident from the annual presence there of the world’s Fortune 500 companies for three years in a row.”