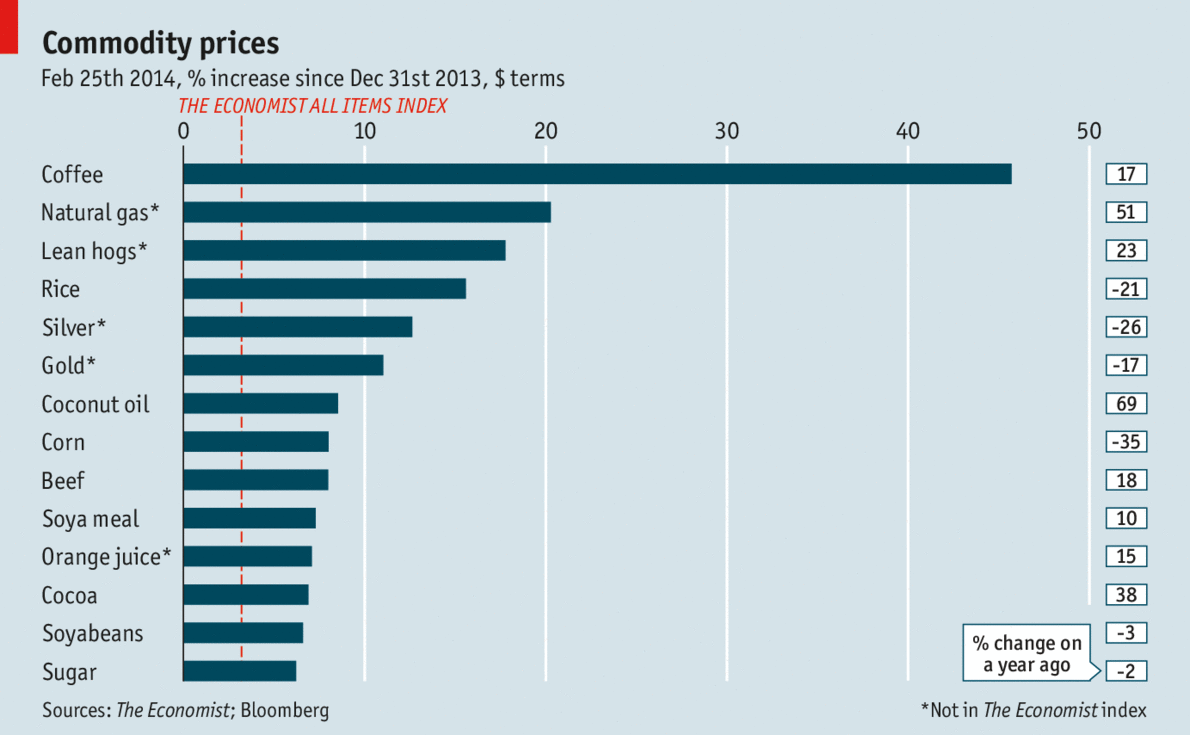 Coffee prices have risen by over 45% so far this year, as severe drought in Brazil combined with leaf rust across Central America has damaged crops. Analysts reckon this year’s crop will be some 10% smaller than last year’s. The scarce rain and heatwave have also driven sugar prices to a three-month high. Brazil is the world’s largest producer of both commodities, as well as soyabeans, which are also getting more expensive. Precious metals—a popular haven amid economic uncertainty—are rallying too in reaction to the weaker-than-expected economic performance of America and concerns over growth in China. The price of gold has risen by 11% so far this year, after falling 27% last year.