Civic BRIСS Process of Elaboration of Recommendations For the BRICS Leaders 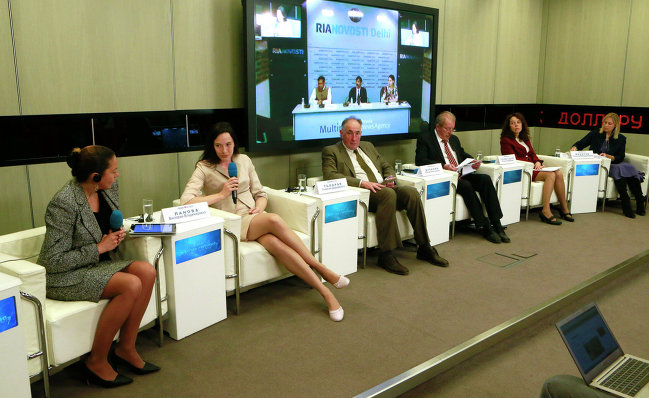 During the event was also held videoconference with New Delhi. Indian experts – Senior Fellows at the Observer Research Foundation – Rumi Aijaz and Niranjan Sahoo on behalf of national civil society expressed interest in participating in the Civic BRICS process and warmly welcomed the initiative of inclusion of civil track in official program of the BRICS in 2015.

Preparations for the Civil BRICS Forum started in the fall of 2014, and since April 1 – the first day of the official Russian presidency – Civil BRICS participants in Russia started actively discussing the drafts of thematic working groups’ position documents. Key messaged of these documents will be turned into recommendations for BRICS national leaders and will be presented at the Summit in Ufa.

The Russian side assumes that Civil BRICS process will become a traditional track within the BRICS Summit work and that the subsequent presidencies will be committed to facilitate the dialogue between authorities and civil society institutes. “The format of BRICS is defined as alliance today, but comes nearer to international quasi-organization. It should move forward on the way of institutionalization, has to evolve in the context of the increasing coordination of joint efforts in all areas. Now we have 25 tracks of cooperation, but they are irregular … Russia begins the civil society movement within BRICS, and we would like to see this initiative taken up. India will hold the next Presidency, and I encourage our Indian colleagues to think who they want to pass the Civil forum relay race to” – Mr. Georgy Toloraya [Executive Director of Russian National Committee on BRICS Research] noted, finishing the press conference discussion.