Chinese Stake in Vale Could Help or Hinder BHP Billiton 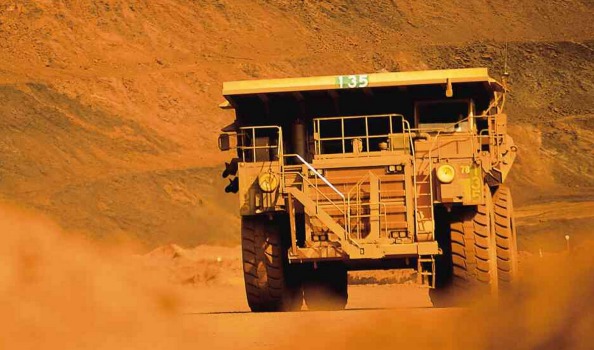 The prospect of a cashed-up Asian investor taking a minority equity stake in the iron ore assets of indebted Brazilian mining giant Vale would not have gone unnoticed by BHP Billiton and its shareholders.

The key question for those with an interest in BHP is what are the possible ramifications for Australia’s mining juggernaut from a potential partnership between competitor Vale and China Inc?

In a world where the economic and strategic motivations of China’s state-owned investors can overlap, the answer seems to be a double-edged sword for BHP.

On the potential positive side, a more robust Vale balance sheet topped up with Asian – most likely Chinese – cash would probably be welcomed by the Big Australian.

BHP is the stronger financial partner in the beleaguered Samarco iron ore joint venture with Vale in Brazil. Vale is lumbered with $US23 billion ($30.8 billion) in debt and wants to cut the liability by $US10 billion.

More than seven months after the devastating dam spill that killed 19 people, some nagging doubts linger about a debt-laden Vale’s capacity to fully contribute to the continuing restoration and reopening of Samarco in the event that new unforseen costs arise.

Samarco, BHP and Vale concluded a comprehensive 12 billion reais ($4.7 billion) settlement with Brazilian authorities on remediation, compensation and damages in May. But legal and regulatory hurdles are set to persist, including compensation claims and class actions by small investors.

Underlining the financial fragilities, Samarco is in the early stages of trying to renegotiate $US3.8 billion in debt with a syndicate of lenders.

A possible injection of up to $US7 billion into Vale’s iron ore assets by an Asian mining company, as reported by Bloomberg, would leave the Brazilian better placed to split the bill with BHP for Samarco’s anticipated reopening next year.

After delivering a keynote address in New York this week, BHP chief executive Andrew Mackenzie was due to be in Brazil on Wednesday to receive a first-hand update on Samarco’s rehabilitation progress and pending reinstatement.

On the possible negative side for BHP, there is a risk an Asian minority investor in Vale might have strategic motivations to drive down the price of iron ore.

That would especially be the case if an investor was also a consumer of commodities, as is often the case with Chinese state-backed firms.

BHP is no stranger to this dilemma, having taken on Japanese investment via share purchases and joint venture project stakes since the 1960s to help develop the iron ore industry in the Pilbara.

The difference is that state-backed Chinese sponsors may have an alternative strategic goal beyond securing the reliable delivery of natural resources.

Fear of price interference was a key factor behind BHP’s strident opposition in 2009 to Rio Tinto’s attempt to sell a 20 per cent stake in its Pilbara business to Chinese aluminium giant Chinalco.

BHP helped throttle that proposed $US19.5 billion deal, but this time it will be a mere bystander in observing if Vale and China Inc team up.