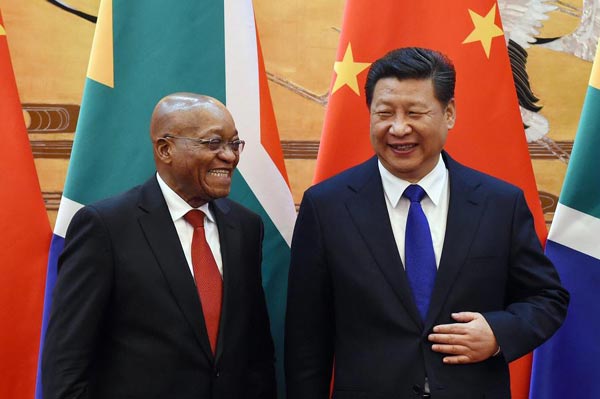 South African President Jacob Zuma (L) and Chinese President Xi Jinping share a laugh as they attend a signing ceremony at the Great Hall of the People in Beijing, December 4, 2014. [Photo/Agencies]

Zuma said in his congratulatory message that China and South Africa’s hosting of the “country year” celebrations bear a historic significance in further boosting their bilateral ties.

The South African president expected the event will fully display China’s enormous achievements in history and culture as well as its national development.

« Suddenly, BRIC Markets Are on a Shakier Foundation» Why the U.S. effort to curb the Asian Infrastructure Investment Bank is doomed to fail (and why it doesn’t matter all that much)