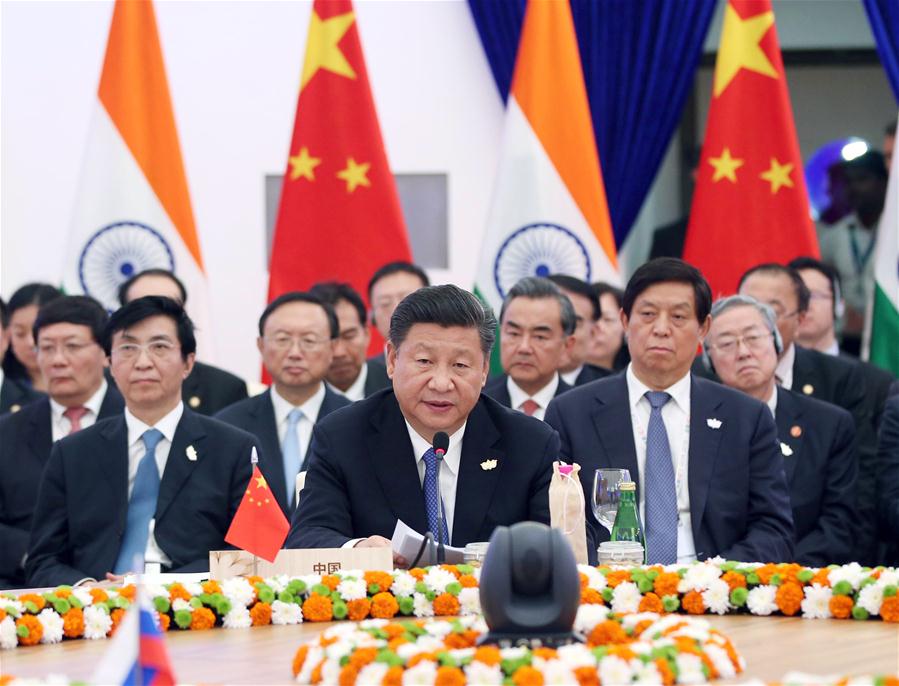 Speaking at an annual BRICS summit in the western Indian state of Goa, Xi called for building up an open economy while warning against all forms of protectionism.

He asked the BRICS countries to implement the outcomes of the 11th summit of the Group of 20 (G20) major economies held in the eastern Chinese city of Hangzhou in September, and to strive for a strong, sustainable, balanced and inclusive global growth.

The Chinese leader also made a five-point proposal for the BRICS nations to join hands in tough times, including building an open world, mapping out a shared development vision, coping with the most pressing global challenges, safeguarding fairness and justice in the international community, and deepening partnerships within the bloc.

“We should contribute the wisdom and strength of the BRICS countries and jointly seek ways to respond to challenges,” Xi said.

He warned against protectionism, saying the BRICS countries should take the lead in opening-up and international cooperation by prioritizing such sectors as economy and trade, financial circulation, infrastructure connectivity and people-to-people exchanges.

The president called for enhancing the representation and voice of emerging-market economies and developing countries in the process of global governance reforms, thus helping build new-type international relations of cooperation and mutual benefits as well as safeguarding fairness and justice.

The Chinese leader urged the five countries to strengthen coordination and communication in major international issues and regional hot issues, in a bid to jointly tackle global challenges such as natural disasters, climate change, infectious diseases and terrorism.

Xi asked the BRICS member countries to enhance cooperation and deepen their partnerships to seek common development, especially through the BRICS New Development Bank (NDB) and the Contingent Reserve Arrangement (CRA) that were established in 2014.

The five BRICS countries contributed to more than half of the global growth in the last 10 years, he noted.

Also Sunday, Xi announced that China will hold the rotating chair of BRICS next year and host its ninth summit in the southeastern Chinese city of Xiamen in September.

China expects to work with all parties concerned to implement the consensuses reached at previous summits, deepen their partnerships, and write a new chapter for the BRICS cooperation, Xi said.

Xiamen, a tourist resort on the southeast coast of China, is known for its mild climate and beautiful scenery.

Xi served as vice mayor of Xiamen in the 1980s. 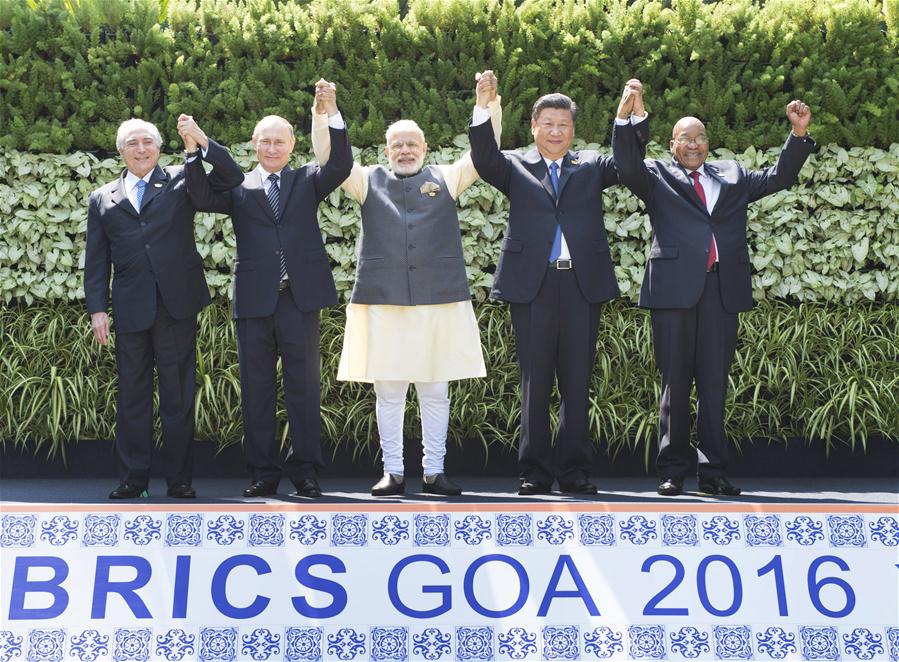 Leaders of the five countries discussed BRICS cooperation and other issues of common concern at the Oct. 15-16 summit, themed with “Building Responsive, Inclusive and Collective Solutions.”

At the summit, Indian Prime Minister Narendra Modi called on the five nations to play a bigger role within major multilateral frameworks including the G20 and the World Trade Organization.

He also called for closer cooperation in such areas as economic and trade, investment, finance, agriculture, urbanization, infrastructure and security, and suggested stronger cooperation mechanism building in these areas.

He said the BRICS nations should help draw more attention and support from the international community to vulnerable groups that are easily affected by climate change and economic crisis.

Brazilian President Michel Temer said that as the BRICS nations are facing similar challenges, they should make concerted efforts in overcoming the difficulties.

Brazil stands for trade and investment facilitation among the BRICS nations as well as a stronger cooperative partnership in finance, science and technology, environment and culture, so as to bring real benefits to their peoples, said Temer.

Putin also called for combined efforts from the BRICS countries in pushing forward the reform on global economic and financial governance.

After the meeting, the five leaders witnessed the signing of a number of cooperative documents on agricultural research, customs cooperation and diplomacy study and others. They also attended a joint press conference. The Goa Declaration was issued when the summit concluded Sunday.

Along with other BRICS leaders, Xi also attended a dialogue with representatives of the BRICS Business Council Sunday.

In a speech, he said the BRICS nations, affected by internal and external factors, have seen weak economic growth and are facing new challenges in their development.

Meanwhile, they still maintain a competitive edge in the areas of resources, market and labor, enjoying a bright development prospect, said Xi.

The BRICS cooperation has entered into a new phase after 10 years of development, facing both challenges and opportunities, he said.

He encouraged business communities to seize these opportunities and actively participate in and promote economic cooperation among the BRICS nations, so as to shore up confidence, push for reform and innovation, boost pragmatic cooperation, and make greater contribution to creating a brighter future for common development of the BRICS nations.

During the dialogue, NDB President Kundapur Vaman Kamath reported to the five leaders about the operation of the bank.

India is the final stop of Xi’s Southeast Asia and South Asia tour, which has already taken him to Cambodia and Bangladesh. 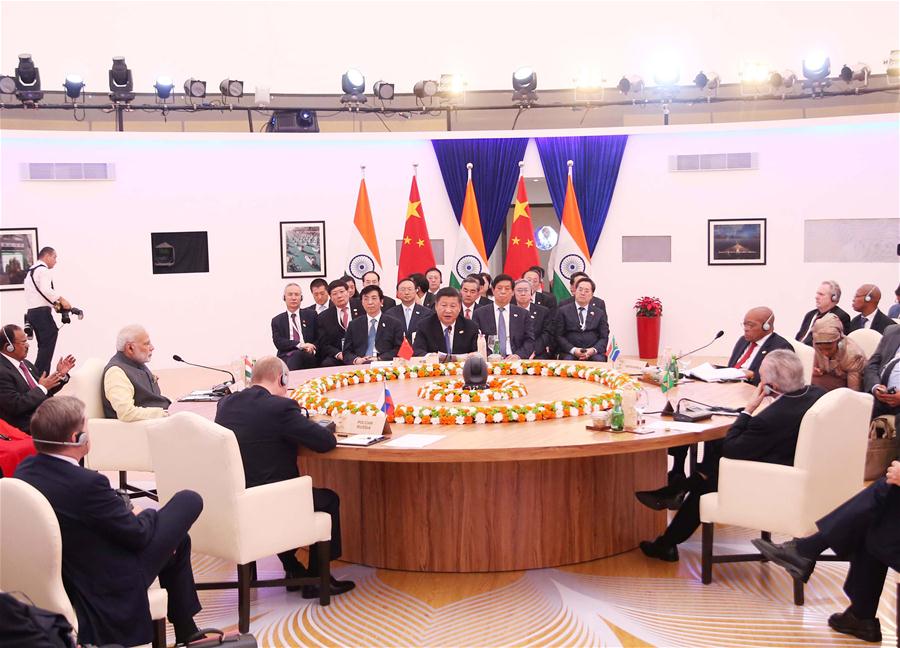