(Beijing) – The State Council has unveiled a 10-year plan for upgrading China’s manufacturing capacity so it can catch up with production powerhouses like Germany and fend off competition from other developing countries. 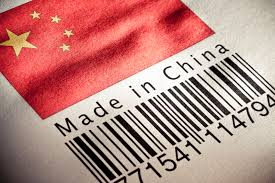 The Ministry of Industry and Telecommunication Technology (MIIT), which led the planning of the “Made in China 2025” plan, said the strategy is intended to give China an edge in innovation, green development and quality goods.

Sha Nansheng, vice director of the MIIT’s Department of Science and Technology , said the country’s manufacturing industries are facing pressure on two fronts: competition from other developing countries where labor costs are lower and a renewed push by developed nations of the West seeking an advantage in industrial manufacturing.

“If we cannot make products with good quality and brands, China cannot become a manufacturing powerhouse as we hope,” he said. “China might have also to cede its title as a large manufacturer due to competition from other (developing) countries.”

Germany has been pioneering smart manufacturing, which utilizes information technologies. This so-called fourth industrial revolution – after steam, electricity and information – connects machines to a network where production processes and speeds are automatically adjusted to minimize problems and costs.

Upgrading of manufacturing industries has become urgent in China as its status as the world’s factory is undermined by developing countries and it seeks a new engine of growth amid a slowing economy.

The “Made in China 2025” plan will embrace the fourth industrial revolution concept – what some call Industry 4.0 – while opening itself to advanced ideas from countries such as the United States and Britain, the MIIT said.

Li Beiguang, vice director of the MIIT’s Department of Planning, recently told journalists that the government will lead the plan, but leave implementation primarily to the market by protecting equal access and competition.