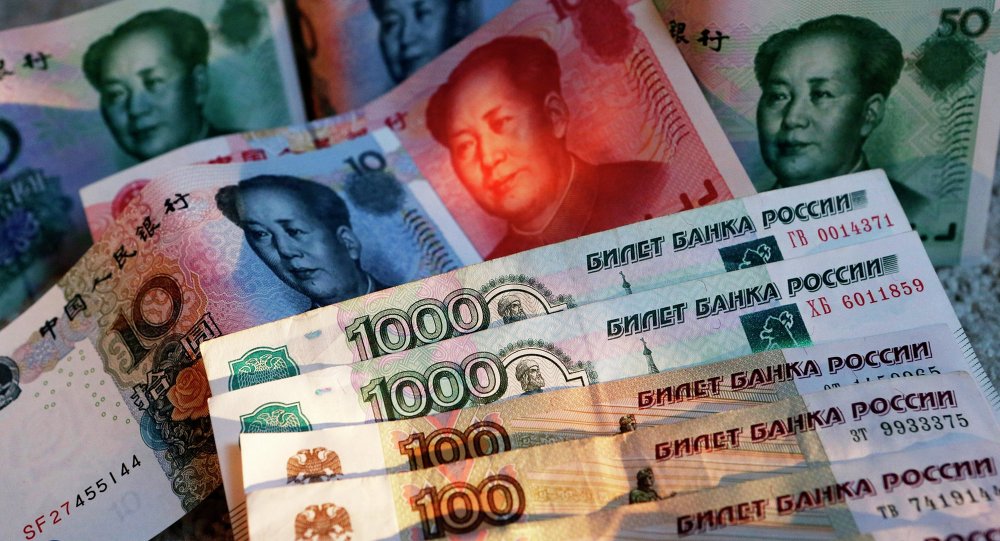 VLADIVOSTOK (Sputnik) — A rapid increase in the number of ruble to yuan currency exchange operations and bank accounts opened in yuan signify that more and more Russian and Chinese businesses are switching into mutual payments in the Chinese currency, deputy chairman of Russia’s VTB Bank management board Mikhail Oseevskiy said Thursday.

He added that currently most Chinese companies are oriented primarily at transacting in US dollars due to the significant volume of Chinese exports to the United States. However, VTB’s branch in Shanghai, according to Oseevskiy, is working actively to educate Russia’s Chinese partners on the benefits of using national currencies in mutual payments.

“In some time we will see Chinese companies taking loans in rubles, I believe this will be the practice of the nearest future,” Oseevskiy said.

The main benefits of mutual payment in national currencies are an absence of currency conversion charges, direct payment and higher transparency in relations between banks.

Following a deterioration of Russia’s relations with the West over its alleged participation in the Ukrainian conflict, Moscow has increased its economic cooperation within BRICS, the Asia-Pacific region and Latin America.