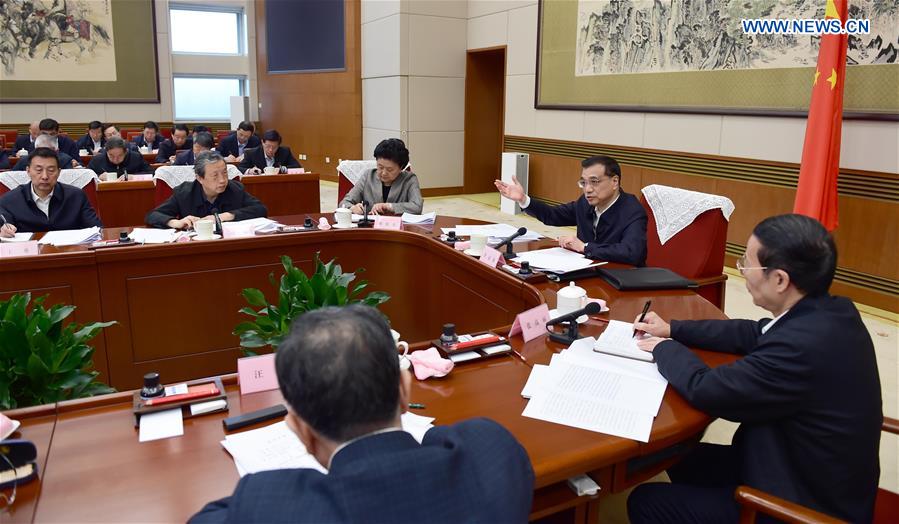 According to the premier, China needs joint efforts from central and local governments to face up to economic challenges.

The local heads agreed that more efforts are needed to stabilize growth as previous reform measures have begun to take effect.

The plan to replace business tax with value-added tax should be “vigorously pressed forward to guarantee tax burdens are reduced in all industries and small firms actually benefit,” according to Li.

Local authorities should build more platforms and provide better services for people who are trying to start their own businesses, he said.

Talking about the overcapacity seen in provinces such as Hebei and Liaoning, Li said excess capacity in coal and steel production should be eliminated so traditional economic engines can be fine-tuned. Local governments should help those made redundant to find new jobs.

The premier stressed the importance of maintaining market liquidity, making the financial sector better serve the real economy and introducing debt-for-equity swaps to gradually bring down the corporate leverage ratio.

He promised all central government budgetary investment will be allocated within the first half of this year.

In addition to making use of these funds, local governments should mobilize more private funding, Li urged.