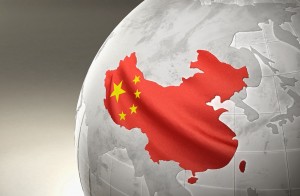 This article analyses the evolution of Chinese political foreign policy and its strategy in approaching developing and less developed nations. In this context, the relationship between China and Latin America appears to reveal the practice of the Beijing Consensus when considering their interests: China needs natural resources and new markets for its products, and Latin America needs financial aid and loans to develop its infrastructure and provide social programmes. The absence of the US in the region and the rise of political movements denouncing the American imperialism of the Washington Consensus are all factors that contribute to the expansion of Chinese influence. All these considerations allow a discussion concerning the new role of China in developing countries as an expression of a new emerging order in which China is assuming an important role.

China has confirmed itself as one of the most powerful countries in the world, creating its own model of development and promoting a new form of South to South relations. China has passed a period of self-isolation and ideological foreign policy to enter a period where it becomes a central player in the current global system, through a strategy based on pragmatism and economic interests.

China has created its own form of governance based on the idea of the “Chinese socialism market” and seeks new partners to sustain its wide economic growth. Through the concept of the Beijing Consensus, founded on innovation, diversification and self-determination, Chinese foreign policy has been able to turn itself into an alternative and essential partner for developing and less developed countries.

This article analyses the evolution of Chinese political foreign policy and its strategy in approaching developing and less developed nations. In this context, the relations between China and Latin America are considered, to reveal the practice of the Beijing Consensus when considering their interests: China needs natural resources and new markets for its products, while Latin America needs financial aid and loans to develop its infrastructure and provide social programmes. The absence of the influence of the US in the region and the rise of political movements denouncing the American imperialism of the Washington Consensus are factors that contribute to the expansion of Chinese influence in Latin America. The role of China in developing countries as a new South to South relationship is thus to be discussed.

Rise of the Asiatic Dragon

The role of China on the global scene is becoming increasingly important in each corner of the world. In less than three decades, China has been transformed from an agrarian country into the world’s second largest economy, becoming one of the most relevant players in the world economic system. China has been able to create a powerful network of South to South cooperation based on trade investments, manufacturing and commodity markets.

China has emerged since the 1980s as a key partner for developed countries and emerging powers due to the economic reforms promoted by Deng Xiaoping, the leader of the country after Mao Zedong’s death. Partnerships situated not only in Asia but also in Africa and Latin America have brought China a host of new opportunities.

Chinese economic reforms have followed a different path from those of other countries that liberalized their markets in the 1980s and 1990s in accordance with the IMF and World Bank. These organisations suggested reform policies based on privatisation, deregulation, unilateral trade and conditional investments. China promoted its process of economic reforms differently: lowering barriers, opening its markets and giving business opportunities to private agents, under state control and with the direct involvement of the Communist Chinese Party (CCP) in the economy.

Notoriously, the Chinese government controls the economy by planning and identifying priorities in the selection of sectors for investment and infrastructure, the creation of human capital, research and strategic fields. This reflects the strong influence of the CCP in the development of the country. The government wanted to create a free area for foreign investment by establishing special economic zones. This has become the engine of the Chinese economy as an important place for technology and import practices on the mainland. In order to restore Hong Kong to the People’s Republic of China (PRC) and benefit from its already developed economy, China established a constitutional principle that was also valid for Macau: One Country, Two Systems. According to this principle these two territories could maintain their political system and capitalist economy while China maintained its own “socialist market system”.

According to Chinese values the notion of the state is completely different from that of Western values. The state is considered the representative of Chinese civilization, playing partly a spiritual role for society that gives it…

The Chinese form of development is based on a strategy of diversification through the establishment of trade relations with multiple partners in different regions in order to expand economic influence.

The trade relationship between China and Latin America has some particularities. Chinese expansion over a zone historically submissive to US influence has been facilitated at least by three factors: the interest of Washington’s foreign policy in other regions such as the Middle East and Asia, its unsuccessful strategy to promote Free Trade Agreements and the insurgence of leftist governments which began to spread anti-American ideology.

Chinese foreign policy in Latin America follows a clear agenda: economic interests based on the trade of commodities, supply of raw materials and exploration of new markets for its manufactured products which is compatible with the ideas established in the Beijing Consensus of innovation, diversification and self-determination, which is generating a new model of cooperation from South to South.

Currently, Latin American governments find it convenient to join the Chinese model, because of their need to develop their infrastructure. The Chinese principle of “no intervention” in domestic affairs appears to be of more interest to these governments than the traditional model of political interference of Western powers. China is not concerned about the national issues of its trading partners, but “only doing business” which reflects the pragmatic Chinese way.

China has been able to create its own model of development according to its challenges and demands. It is not a question of evaluating whether this model is good or bad, fair or not, but only to demonstrate that it is important for Latin American countries to rethink their own social and economical development systems on the basis of their needs and society’s expectations in order to find their role in the new global order.