BEIJING, July 16 (Xinhua) — The plans of the emerging-market bloc of BRICS to establish a development bank usher in a long-awaited and helpful alternative to the Western-dominated institutes in global finance. 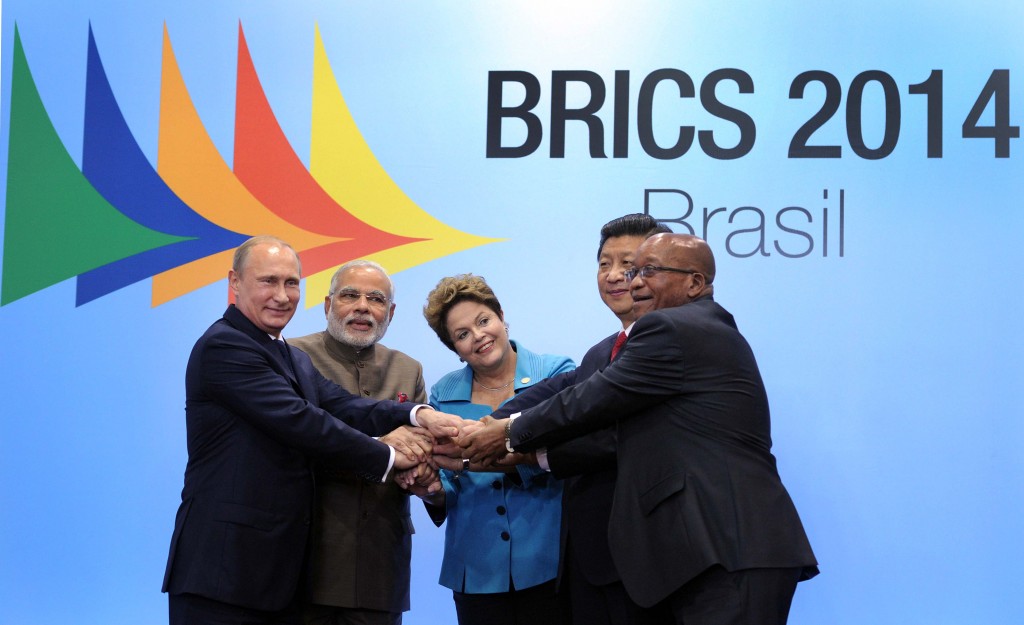 The bank, along with a currency reserve pool, is aimed at providing financial support for infrastructure and sustainable development projects in not only the five BRICS member states but also emerging economies worldwide.

That is a blessing for cash-strapped developing countries, whose funding applications to boost their poor roads and railways have been repeatedly rejected by international lenders which attach strict loan conditions.

These institutes, notably the U.S-led World Bank and International Monetary Fund, are known for their politicized way of choosing borrowers without due regard for each countries’ individual circumstances.

Their prescriptive recommendations, including liberalization, deregulation and privatization, have proved not a panacea. While prospering some countries, they are failing others, especially in Africa.

With an initial authorized capital of 100 billion U.S. dollars, it is expected to contribute an alternative perspective on how developing countries should be financially helped to achieve sustainable development.

It reflects developing countries’ understanding of how the world financial system should be remolded.

Along with the 100-billion-U.S.-dollar contingent reserve arrangement that will help countries forestall short-term liquidity pressures, the new bank is expected to strengthen the global financial safety net and complement existing international arrangements.

The diversification introduced by the new BRICS organ, however, should not be interpreted with a zero-sum mentality.

The needs for infrastructure investment in developing nations are obviously too massive to be financed by any lender single-handedly. It entails cooperation and coordination among existing financial institutes.

With all the banks combined, their financing capacity will still fail to meet the emerging economies’ needs to develop infrastructure.

In the the uphill battle against extreme poverty and poor infrastructure, new methods and modes are always worth trying.

For the Western media that are exaggerating the ambition and competition that comes with the new BRICS bank, they should remind themselves of what the World Bank President Jim Yong Kim has said, “There is more than enough business for everybody.”