When the United States raises interest rates, China should be ready, namely by improving the real economy and implementing the right structural reforms.

Emerging economies have been bracing themselves for a rise in U.S. interest rates. Last week, the release of the minutes of the Federal Reserve’s policy meeting in April sparked another round of speculation about when the rate hike might begin. Most now expect a start date in December, rather than September.

Either way, there is little time left for preparation, particularly for China, whose economy is slowing. It must restructure its economy and introduce systemic reforms to brace itself for the spillover effects of an interest rate rise.

Different economies have responded differently to the global financial crisis. The Fed ended its bond-buying program in October, but has repeatedly put off raising interest rates. In March, the European Central Bank introduced U.S.-style quantitative easing in the euro zone. A month later, the Japanese central bank said it would maintain its stimulus measures. 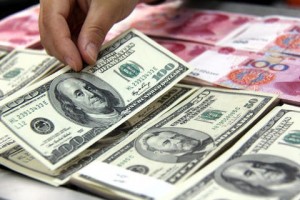 In China, talk was rife this month that Beijing, too, would soon begin monetary easing. Although the People’s Bank of China said the economy has yet to reach the zero lower bound on interest rates and U.S.-style quantitative easing was unnecessary, it has nevertheless cut interest rates three times and twice lowered the reserve-requirement ratio for banks. It has also launched a debt swap program allowing local governments to exchange their maturing high-interest debt for lower-yield bonds.

And once the United States raises its interest rates, all economies will have to readjust.

Historically, a reversal of Fed policy had the power to reshape global fund flows and even trigger a regional crisis. Such an impact will only be magnified in the globalized economy of the 21st century. So it is worrying that, apart from a small number of senior officials and analysts, many Chinese remain unconcerned about what an interest rate rise in the United States could do to the country’s economy.

We cannot afford to be so blasé. In the wake of the global financial crisis, many Chinese banks and financial institutions have taken advantage of low interest rates abroad and the appreciating yuan to borrow heavily. This massive inflow of funds into the banking system, including shadow banks, is now propping up the real estate sector, trust companies and local government financing platforms.

An increase in U.S. interest rates would trigger a retreat of this hot money from the property and stock markets, and put a squeeze on bank liquidity. Any attempt to deleverage and lower asset prices could incentivize further capital flight, the yuan’s depreciation and credit tightening. If the Chinese economy failed to speed up its restructuring in time, a U.S. interest rate increase could pose a high-risk threat.

There are those who believe China has little to worry about, given the scale of its economy and the size of its foreign exchange reserves. Besides, the central bank has room to further lower interest rates and the reserve-requirement ratio, while capital controls are still in place. But let’s not ignore the evident weaknesses of the financial system and the signs of fatigue in the real economy.

Although there’s no need for undue alarm, China must prepare itself to meet the challenge, rather than rely on luck to survive it.

Beijing’s best defense is to improve its real economy and accurately implement the right structural reforms at the right pace. In a way, China is competing with other emerging economies to restructure their economy and lower systemic risks. If it wins this race, by painstakingly following through its program of reforms, China will have transformed its problems into gain.

In a global competition for funds, a healthier Chinese economy will attract investors. It need not fear the competition posed by higher interest rates in the United States.

The Chinese central bank should be commended for its efforts to press on with interest rate liberalization and the limited easing of capital controls. These measures will enable Chinese companies to respond more efficiently to market signals and better manage their risks.

Meanwhile, other reforms cannot wait. Fiscal reform, for one, must focus on an administrative overhaul that includes alleviating the pressure on local governments to invest.

There is also a need to head off downward pressures on the economy. This means using monetary policy as a tool to reduce short-term risks. However, China must resist the temptation to resort to large-scale stimulus that ultimately distorts the economy.

Since China began its transformation into a market economy, it has survived both the Asian financial crisis and the global financial meltdown, thanks in part to the fact that its economy is not totally open. But as it continues to open up, this is one test it must face. It should regard the U.S. interest rate rise as a drill to strengthen itself against external challenges.