China Ready to Cooperate With India on Industrial Development

China is willing to work together with the Indian government on the industrialization of the latter’s economy, the Chinese ambassador to India said Wednesday.

“India has a huge demand and great potential in industrialization. China’s newly released strategy of Made in China 2025 featuring innovation and high end manufacturing among others, and [Indian] Prime Minister [Narendra] Modi’s ‘Make in India’ strategy are compatible and complimentary,” Le Yucheng said at the China — India Industrial Cooperation Forum in Delhi on Wednesday.

The envoy stressed that Modi’s government had taken measures to enhance government efficiency, improve the market environment and make it easier for Chinese businesses to invest in India.

Last month, the Chinese State Council unveiled a 10-year plan aimed at upgrading the country’s manufacturing capacity in order to transform its economy into an innovative world manufacture power, fending off competition from developing countries.

The Make In India initiative was launched by the government last year in order to encourage business to manufacture products in the country, creating additional jobs for the local population.

China and India both participate in the the BRICS group of prominent emerging economies, that also comprises Brazil, Russia and South Africa. The BRICS countries make up about 40 percent of the world’s population and command a combined economy of about $16 trillion. 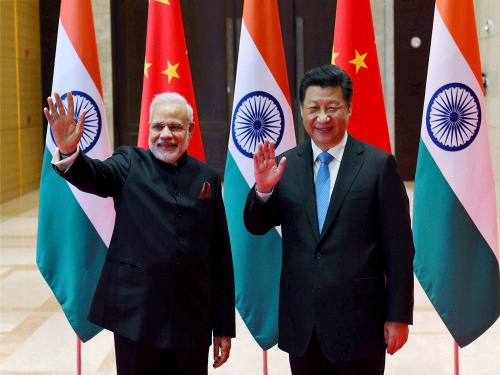