Brazil’s Retail Sales Surprise, But Market Not Getting Excited

Brazil’s January retail sales came in better than the market expected, but Barclays BCS -1.34% Capital says investors shouldn’t get ahead of themselves. February auto sales figures came in lower and that will be a likely drag over the country’s first quarter growth.

For now, the popularly traded iShares MSCI MSCI Brazil (EWZ) exchange traded fund opened higher before beginning a slow descent within the first hour of trade. EWZ is even outperforming the MSCI Emerging Markets index today, a rarity. EWZ is down 11% year-to-date while the benchmark is down 7.3%.

For bears looking for vindication, the growth trend has softened to 0.8% over the last three months from 1.1%. Compared with January of last year, retail activity grew 6.2%. The broad retail sales index, which includes auto & building materials, grew 2.1% month over month (seasonally adjusted), led by a 1.9% rise in auto sales. 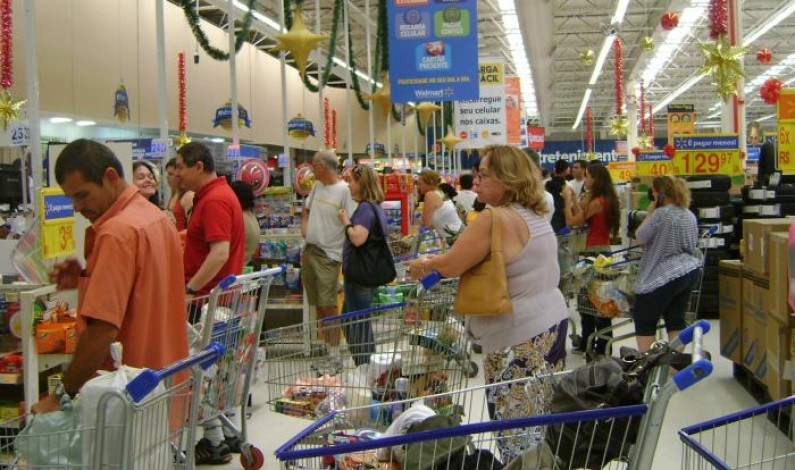 To see whether investors were in the right spot, here’s a look at how some stocks in those sectors have done on the Bovespa. Hint…not well.

Petrobras PBR -1.61%, which is the oil company that provides most of Brazil’s gasoline, is down 18.65% in January. Petrobras is its own worst enemy, and despite trading at less than 6 times earnings, heavy debts, government influence and now an investigation into bribery promises to hurt this stock regardless.

Then there’s Cosan (CZZ), owners of gas station Esso. Cosan, which is more pegged to sugar futures than gasoline sales, fell by nearly 16% in January. Cosan is Brazil’s largest sugar and ethanol producer.

The $3 billion furniture company Duratex (DTEX3.BR) fell 9.89% in January.  For investors that want to play a high volume name that sells generic drugs, among other things, there’s Hypermarcas (HYPE3.BR).  Hype has done even worse, down 13.6% in January.

Saraiva (SLED4.BR) is more a Barnes & Noble than an Office Max, but it still sells general office supplies — paper, pens, notebooks.  Saraiva is worse than Petrobras, down 23% in January.

“We remain cautious about activity in this first quarter of the year,” says Marcelo Salomon, chief Brazilian economist for Barclays Capital in New York. “February data do not look encouraging,” he says, pointing out sales figures from auto dealership group Fenabrave that showed auto sales declined by 5.7% last month.

The market tends to consider the numbers of auto maker group Anfavea as more important. And those sales were down a whopping 17% in February from January after a month-over-month decline of 11.7% in January.

Barclays is probably right. Sales did beat estimates, but recent data is a drag for overall first quarter growth.

Brazil Shoppers vs. American Shoppers Meanwhile, in the home of the Great Recession, retail sales rose 0.3% in February, the Commerce Department said on Thursday. U.S. retail sales figures were slightly better than the 0.2% consensus market call. February’s performance also represented a turnaround after two months of declines, but U.S. investors sold on the “good news”. State Street’s SPDR S&P 500 (SPY) is up 2.66% in the last four weeks, outperforming Japan and the MSCI Europe by more than 300 basis points.

Brazil continues to lag the U.S. on data points. Despite coming out of a Lehman Bros-induced recession in 2009, Brazil has generally lagged the U.S. on a number of economic indicators. For many fund managers, the U.S. has indeed become the new emerging market over the last two years.