Brazilian Ministry of Finance has Proposed Validation of Tax Benefits 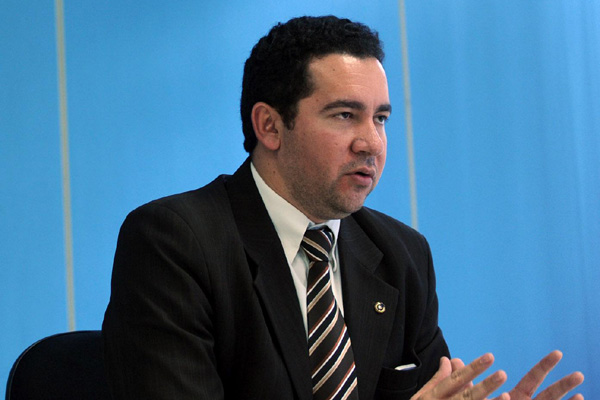 The executive secretary of the Ministry of Finance, Dyogo Oliveira, presented on Tuesday (3/5) a proposal for validation of tax benefits granted in absentia of the National Council for Financial Policy (Confaz). The suggestion presented in extraordinary Council meeting, aims to end the fiscal war, the reduction in legal uncertainty for companies investing in the country and unlocking investments.

“The tax war ended by exhaustion. All states grant, but the benefits are uncertain, “Oliveira said. He explained that the most appropriate technical course would be a reform of the wider ICMS, with the standardization of rates. However, the current fiscal situation, with reduced revenue, hinders implementation. “The Union and the States, do not have the resources to meet the costs of this reform,” he said.

The suggestion led by Finance is to focus the discussion on the validation of the benefits, in order to remedy the serious problem of legal uncertainty on investment. This insecurity stems from both the fact that the states themselves have adopted assessment to companies by benefits granted by another state (the non-recognition of credits) tax, and by recent decisions of the Supreme Court (STF) to judge as unconstitutional certain tax benefits granted by States.

Oliveira warned that there is great legal risk if this understanding is extended to other ongoing actions in the Supreme. “The risk is the decision involves the recovery of all the tax incentive was granted for the last five years. This could generate a very difficult situation to manage for most companies. “

“The risk is very high and, in our view, is the time when we have to leave for a permanent solution to eliminate this legal risk and take some very tough measures to prevent new fiscal war initiatives are adopted.”

The proposal submitted by Finance provides that states deem transparency to benefits for validation in Confaz. The required quorum would be reduced to two-thirds of the federal units – ie at least 18 FUs -., With at least three of the North, three Northeast, two in the Midwest, two Southeast and two South This flexibility would get a common denominator which respects the differences between regions and federated units.

In addition to forgiveness and amnesty incentives already granted, there would be the possibility of reinstatement for a certain period. The proposed terms would be 15 years for the industry eight years for the port and airport sector and three years for the trade.

The count device with a clause “regional glue”. Thus, the entities could perform the accession of new contributors to an existing program within a macro-region. In the proposal, the two groups would be formed: the first includes North, Northeast, Midwest and Holy Spirit; and the second, South and Southeast, except the Holy Spirit. All unpublished benefits would have to be repealed.

Another point of the proposal concerns the allocation of resources of the National Regional Development Fund (FNDR). They would be created two groups: the first formed by entities with GDP per capita below the national; and second, by those with GDP per capita above the national average. The distribution of the fund’s resources would occur 10% equally, 10% according to the population (within the total group) and 80% according to the inverse of the per capita GDP of UF.

It would also set up a Steering Committee of the Fund, under the Ministry of Finance, responsible for coordinating and supervising the implementation of the actions stipulated under the FNDR.

Initially, the fund’s resources come from the resulting penalty in full the special arrangements for foreign exchange and tax regularization of assets held abroad ( “Law of Repatriation”). According to estimates of Finance, will be about R $ 3 billion per year over the period of ten years. If resources are insufficient, there would be forecast using budgetary allocations, any results from financial investments, unused balances in programs, projects and activities and other resources provided by law.

The measures will be discussed in the Confaz and will appear in the bill supplement to be sent to Congress.

The federal entities who disobey the agreement will be prohibited to carry out new loans, receive voluntary transfers from the Union and the possibility of criminal proceedings against managers.