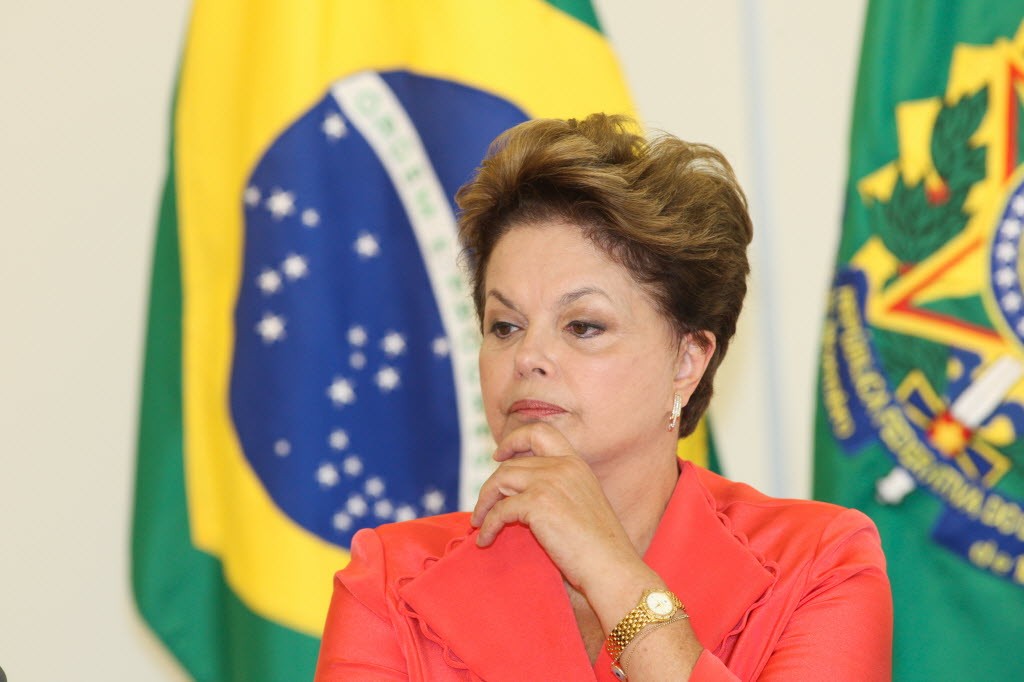 Brazil’s government said on Friday it will cut its key fiscal target to a deficit from a surplus this year if tax revenue continues to fall, in a move that increased market doubts about leftist President Dilma Rousseff’s commitment to austerity.

Rousseff’s government, under pressure from investors and the business community to cut spending amid a deep recession, will be able to run a deficit of 1 percent of gross domestic product before interest debt payments under the new target.

The government had targeted a primary surplus, or excess revenue prior to interest debt payments, of 0.5 percent of GDP. The change came after it announced a 2016 budget cut of 23.4 billion reais ($5.82 billion), lower than the 70 billion reais seen last year.

With Brazil running an overall deficit of more than 10 percent of GDP last year because of its heavy debt burden, the primary balance is regarded by markets as a key indicator of the direction of public finances in Latin America’s largest economy.

Although government officials argue a more flexible fiscal target shows greater transparency, many investors see the move as proof that the Rousseff administration is not committed to austerity.

“Our initial impression is that all of this looks like fiddling around the edges,” Neil Shearing, chief emerging market economist for Capital Economics, wrote in a research note. “It certainly falls well short of the more determined measures needed to stabilize Brazil’s public finances.”

Brazil’s gross public debt has risen more than 15 percentage points to 66.2 percent of GDP over the past three years, and many analysts expect its debt to climb to 80 percent of GDP in the coming years.

Later on Friday the government offered debt relief to states if local authorities adopted tougher fiscal rules to reduce their payrolls and limit their overall spending.

The government proposed extending the maturity of debts owed by the state for 20 years, reducing debt payments by 36 billion reais ($8.96 billion) in the next three years.

“These are tough fiscal measures that will take us in the right path,” Treasury chief Otavio Ladeira told Reuters in a telephone interview. “The governors understand these are necessary measures and are willing to discuss them.”

Rousseff, who is battling impeachment proceedings in Congress, is being urged by her leftist allies to ditch austerity in favor of measures to jump-start the economy and boost employment.

A sharp drop in tax revenue as the economy enters a second year of recession and a political deadlock in Congress that has delayed key austerity measures have complicated Rousseff’s efforts to shore up Brazil’s finances.

Brazil’s budget deficit has mushroomed since Rousseff took office in 2011, hitting 10.3 percent of GDP in 2015.

That was nearly five times the shortfall in the 12 months through the middle of 2011.

By comparison, Greece had a deficit of 15.2 percent of GDP at the height of its debt crisis in 2009.