Don’t be fooled by rising inflation expectations in Brazil, says Nomura Securities’ Tony Volpon. The market has this one wrong.

Current inflation expectations are running at 6.47% for 2014 and 6.01% for 2015, but that seems highly implausible, says Volpon, head of emerging markets Americas for Nomura in New York.

“We think there is a case to be made for rate cuts next next year, but it is highly dependent on this October’s election outcome,” writes Volpon in a note to clients on Tuesday.

Brazil’s core IPCA inflation index is up to 6.08% year over year with the benchmark Selic interest rate at 11%.

Rate cuts next year are possible because the main driver for inflation today is expectations. Aggregate demand for credit is below trend. Interest rates have been rising since March 2013, when they were just 7.25%. Inflation has been stubbornly persistent. 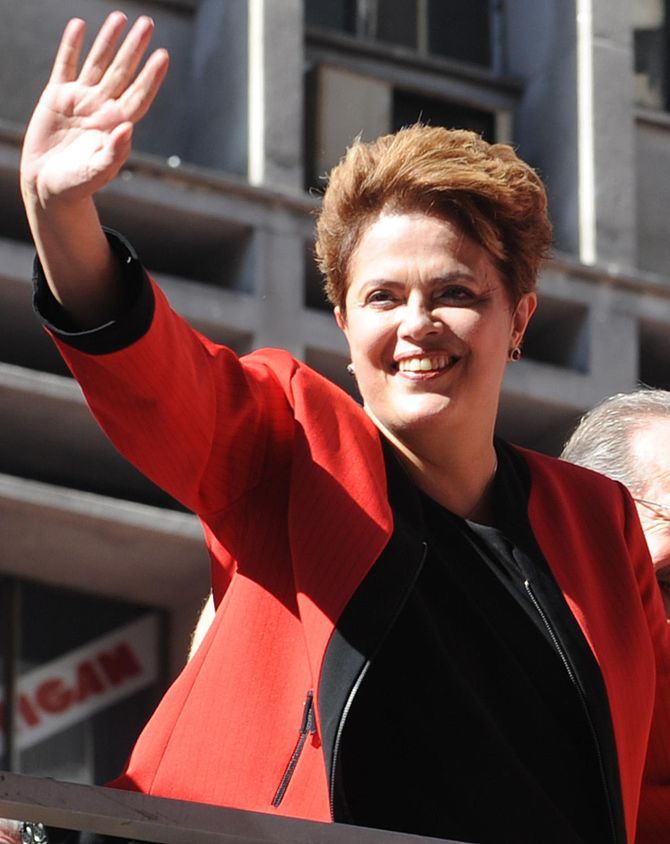 Brazilian president Dilma Rousseff is up for re-election. If she wins, chances of a rate cut are much smaller. (Photo credit: Wikipedia)

One reason is that there has been a “drastic fall” in potential output that even though activity is below average, the data shows a positive output gap, Volpon says.

“There has been a substantial deterioration in potential output in Brazil caused by the exhaustion of the commodity and credit cycles, and labor costs,” he says. “The type of labor intensive growth Brazil saw over the past few years has created a situation of more than full employment despite very low growth, something that explains the persistently high level of service sector and non-tradables inflation.”

However, much of Volpon’s rate cut scenario hinges on incumbent President Dilma Rousseff losing the presidential election in October. That remains unlikely. Assuming she wins, the market will take longer to decide whether her second term means higher quality economic policy.

Rousseff’s tenure has been one of haphazard, temporary fixes to save Brazil from both the ongoing credit crunch in the U.S. and Europe, and a deflating commodities market due to a China slowdown.

If she wins, the “chances of rate cuts in 2015 are still positive, but smaller,” he says, adding that 11% rates currently are fairly priced.