Brazil and the International Order: Getting Back on Track 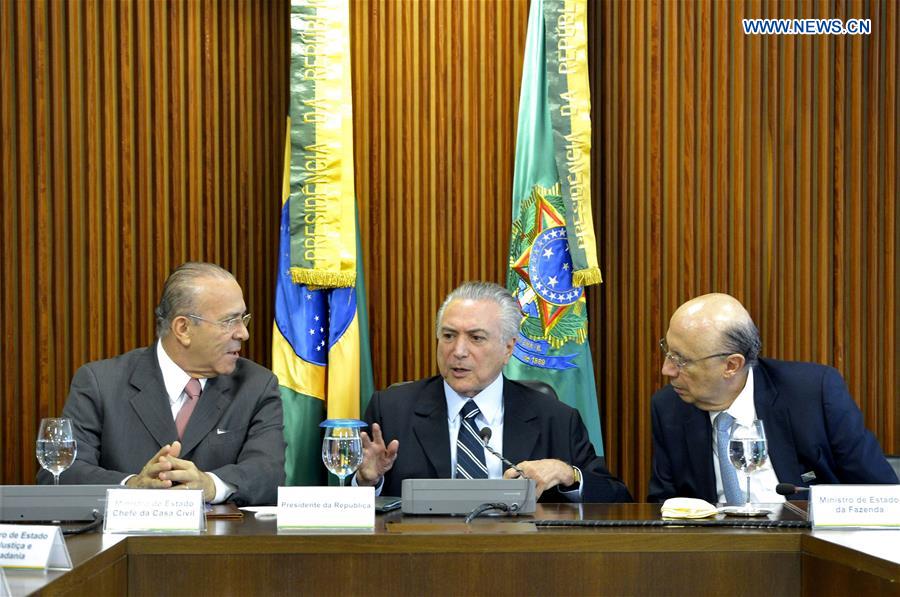 Crisis seems to be the byword for Brazil today: political crisis, economic crisis, corruption crisis. Even the 2016 Rio Olympics seem to teeter on the edge of failure, according to the governor of the state of Rio de Janeiro. Yet despite the steady drum beat of grim news, Brazil is more than likely to resume its upward trajectory within a few years. Its present economic and political troubles mask a number of positives: the strength of its democracy and a new found willingness to fight corruption at all costs. With the correct policies in place, its economy will recover in due course. The impeachment process against Dilma Rousseff will soon be over, one way or the other. The present troubles are merely a temporary detour on Brazil’s long quest to achieve major power status and a consequential role in the international system. In a world in turmoil, where geopolitical tensions are on the rise and the fabric of international politics is stressed by events such as Brexit, we should not lose sight of Brazil’s history of and potential for contributing to sustaining the liberal international order.

Brazil has long aspired to grandeza (greatness) both at home and abroad. As its first ambassador to Washington, Joaquim Nabuco (1905-1910) once said, “Brazil has always been conscious of its size, and it has been governed by a prophetic sense with regard to its future.” As we document in our new book, Brazil has reached for major power status at least four times in the past 100 years: participating as a co-belligerent with the Allies in World War One and seeking a permanent seat on the Council of the League of Nations thereafter; joining the Allies in World War II and aspiring to a permanent seat on the United Nations Security Council (UNSC) in 1945; mastering nuclear technology beginning in the 1970s, including launching a covert military program (now terminated) to build a nuclear explosive device; and most recently, beginning with the presidency of Luiz Inácio Lula da Silva (2003-2011), seeking to become a leader in multilateral institutions, including actively campaigning for a permanent seat on the UNSC.

A decade ago, many Brazilians believed that this time their country was poised to secure its position as a major power. As the seventh largest economy in the world with the 10th largest defense budget and significant soft power, Brazilian leaders such as Lula saw their country as being “in the mix” of major powers who, while not able to make the international order alone, could very well shape its evolution through uncertain times together with other major powers. Certainly, they no longer saw Brazil as one of the middle or small powers, the “order takers” in the international system.

Brazil saw a new opportunity to emerge as a major power in the advent of a relatively stable and peaceful post-Cold War geopolitical order, the decade-long commodity boom that supercharged its economy after 2002, and the rise of the BRICS (Brazil, Russia, India, China, and South Africa). Between 2002 and 2013, Brazil’s virtuous trifecta—democratic consolidation, rapid economic growth, and reduced inequality—was a boon to its soft power. This combination was highly attractive to many in the developing world, contributing to Brazil’s claim to leadership on the international stage as a bridge between the global South and the great powers. International peace and stability particularly favored Brazil’s predilection for deploying soft power rather than hard power. And in the BRICS, Brazil saw an opportunity to work together with other emerging powers critical of the present international order to advance its agenda for reformed global institutions.

Brazil’s bridge-building strategy was effective in advancing its national interests in multilateral forums, most recently on global internet governance and global climate change. But the BRICS dimension of Brazil’s strategy detracted from its ability to influence the world’s great democracies. The BRICS identity associated Brazil with authoritarian powers—China and Russia—that were viewed by the United States and its allies, at best, as unhelpful critics and, at worst, as deliberate saboteurs of the present order. This undermined Brazil’s credibility with Washington and other leading democracies, and hindered its ability to advance its preferred policies on everything from nonproliferation to the reform of global economic institutions to the debate on humanitarian intervention. In retrospect, working more closely with other emerging democracies that seek reform of the international order, such as through the India-Brazil-South Africa association known as IBSA, would have more clearly signaled Brazil’s constructive intentions while still preserving its critical posture.

Today, the opportunities that powered Brazil’s most recent rise—post-Cold War geopolitical stability and a massive commodity boom—are receding, replaced by a more fractious and dangerous international system. Despite troubles at home, it is not too early for Brazil’s leaders to think anew about how to strengthen national capabilities and deploy them strategically to address this new environment. This includes fortifying domestic institutions, both to address the present crisis but also to restore the luster of Brazil’s soft power. It means bolstering Brazil’s hard power capabilities once the economy improves and deploying them in ways that contribute to its soft power, for example by taking on additional responsibility for leading critical international peacekeeping operations as it has in Haiti. It means thinking carefully about how to signal to the democratic great powers Brazil’s commitment to a strengthened liberal international order, even as it holds onto its own principles and works towards reform of multilateral institutions. And eventually, as Brazil completes its recovery, it means contributing more substantially to the costs of maintaining its preferred global order. A Brazil that achieves all this will be well positioned to have a positive global impact, continuing to be a strong (if sometimes critical) partner for the United States in shaping the international order.

« After NSG Rebuff, India Falls Back on Fossil Fuels for Energy Security» RCEP Talks: Chief Negotiators to Meet on July 18-19 in Jakarta, Tariff Talks on Agenda