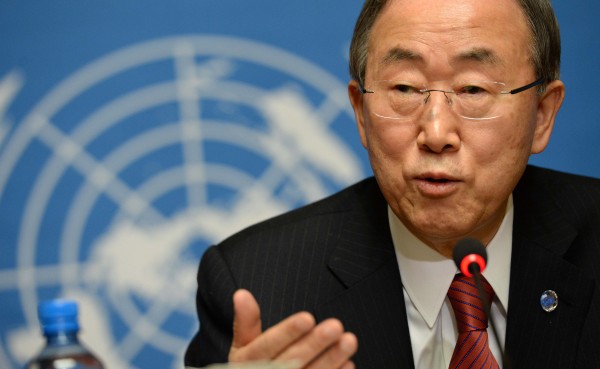 UN Secretary-General Ban Ki-moon has praised China’s organization of the upcoming G20 summit in Hangzhou saying he is happy that Beijing has steered the meeting to the promotion of green growth in support of the Paris Agreement on Climate Change and aligning it with sustainable development.

“This is the first time that the G20 leaders are gathering to discuss the Sustainable Development Goals and climate change, (and) how we implement them in parallel,” he added.

The 11th G20 Summit will run from September 4 to the 5th under the theme “Toward an Innovative, Invigorated, Interconnected and Inclusive World Economy”.

Countries such as African Union chair Chad and Senegal, chair of the New Partnership for Africa’s Development, will attend the summit.

Developing nations such as Thailand, chair of the G77, Egypt, Kazakhstan and Laos will also be represented.

China expects the summit to focus on boosting economic growth and other financial issues rather than political disputes.

Finance ministers and central bankers from the Group of 20 nation, in a meeting last month in China, vowed to do more to lift global growth and share the benefits more broadly.

“The recovery continues but remains weaker than desirable. Meanwhile, the benefits of growth need to be shared more broadly within countries to promote inclusiveness,” the G20 ministers said in a joint communique.

“I hope that the G20 leaders will really address these global governance issues. The United Nations will be fully joining,” Ban said on Saturday.

“And I deeply appreciate to see on my last G20 summit as the secretary-general of the United Nations that we work together with a common aim,” he added with particular emphasis on the climate change.