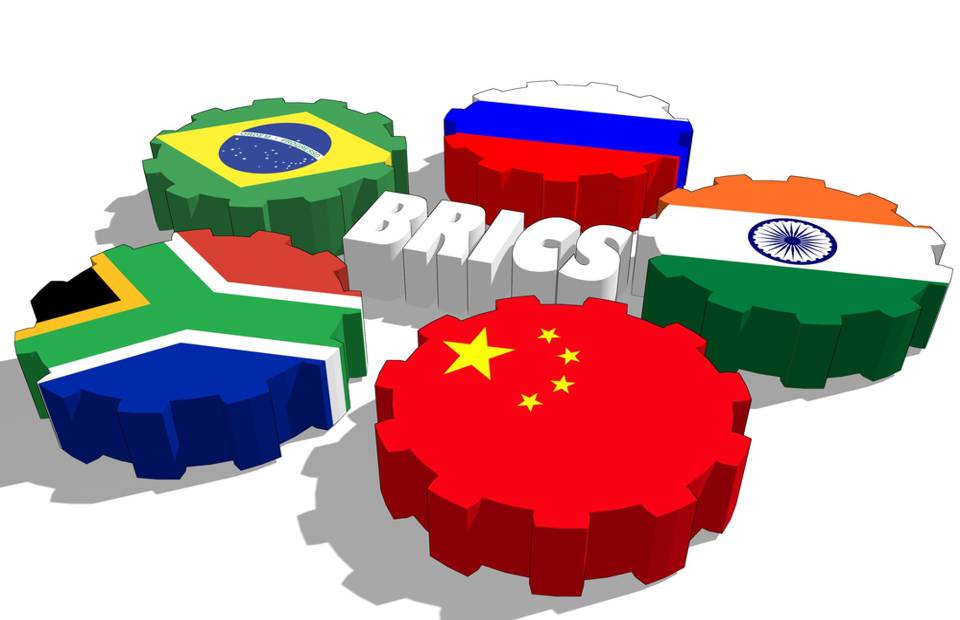 Publication planned for December 2017:  final papers to be turned in by June 2017.

Authors are invited to send a 10 lines proposal or a 18,000 characters maximum article. Each text will be desk reviewed for improvement. Please specify which section is selected, comparative papers are welcomed, case studies on a single country are not for this issue. For this first version we seek texts by April 24th 2017.

The articles should be between 15,000 and 18,000 characters, with bibliography and spaces included. A short Biographical note is also required. Shorter texts, between 4 and 8 thousand characters can be proposed- these should allow to ask some questions, to give some clues for reflection, to supply an insight based in historical or comparative observations.

After having been over-determined by the economy, the BRICS have become another grouping, bringing together contradictions and values.  How can these politically and culturally heterogeneous five countries structure this union? Do the BRICS form a new political and communicational space or are they just simply an alliance of States – due to the great divergence of their interests – built around occasional agreements? Are they simply a representation? From the viewpoint of communication, how to share values in the face of practices that come into contradiction with them? In spite of all these difficulties, divergences and oppositions, how can we explain what holds this disparate grouping together and moves it forward. What are the constructive forces, the centripetal and centrifugal forces that cross each of these countries and the grouping?

The BRICS are in a situation of non-communication, which leads us to ask ourselves how can a political bring these countries together? In spite of such voluntarism, which is questioned, to develop projects with regards the West, however the idea seems to encounter difficulties. The problematic, which is doubly communicational, articulates representation, politics and social relations, in an interdisciplinary and comparative approach.

The BRICS came forward after the World Financial Crisis of 2008, as a grouping which was essential for guaranteeing a more just order. Their first objective was an attempt to transform dominant economic institutions. Then, the leaders mobilise around certain objectives that are capable of producing robust institutional changes. The BRICS characterise themselves by the will to construct a collective vision guided by a triple logic: recognition, transformation and common space. To succeed this issue must combine communication, diplomacy, culture and economics, dimensions which in a European space – limited geographically and culturally homogenous – took 60 years to emerge.

The issue explores discourse and public space of the BRICS, their actions and internal tensions, the vision developed in other countries and the limits and the powers that actors must confront. The editors invite the authors to identify the contradictions, the strengths and weaknesses of the project and of the reality of the BRICS.

From the beginning the BRICS understood that their association should be centred around a common interest – to make a positive contribution to world economic growth. Today, they try to build themselves as an alternative to the currently dominant powers, in other words, to propose something new. It is in this context that the self-recognition upon which they plan to build up their influence, and both internal and external opposition are to be understood.

In 2015, the BRICS created the New Development Bank, the first institution that seeks to transform the ideas of the contestation of the dominant order into elements of a possible new order. Beyond discourse, this section examines the factors underlying both successes and blockages of the BRICS project. A variety of other initiatives exist: “BRICS High Representatives Responsible for Security”, ministerial meetings, Contact Group on Economic and Trade Issues (CGETI), “Business Forum” for investments, a network university, common approaches on climate change…

In search of common spaces/ a cultural dimension in progress

In order to work together to transform things, it is in the first place necessary to learn to live together. Because “the question of communication, that is to say, of the “other”, with the obligation and the difficulty of cohabitation lies obviously at the heart of the new challenges” (Wolton, Hermès 48, p. 189). Research centres on the BRICS are founded, motivated by the necessity to get to know the other countries, to illuminate the economic stakes, to study geopolitics. Specialized resources emerge[1]. Getting to know the other on the basis of one’s own sources, instead of those that base their analyses on those made in another culture (Western countries), appears to be the path that must be taken. It is a common space which is building itself: in this respect the BRICS are a dynamic grouping.

Boxed introductory material: regional and other political and economic organizations, organised by continent.

1. Strategies of recognition and the role of politics

The space of recognition is, in first place, that of political discourse. This section analyses – in a comparative manner – the treatment of these discourses by the medias in the BRICS or in the West.

This section concentrates on the projects in the making. It contains both declarations of intentions to concrete achievements.

3. The Search for Common Spaces

The BRICS remain a paradoxical grouping. Their political regimes are, of at least two types, the visions of the freedom of the press, of expression and of the Internet are – to say the least – plural. The BRICS are multicultural, which demands deeper and more complex dialogues. This section identifies the processes of construction of common spaces and the conflicts of values and identity that emerge.