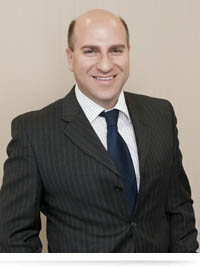 Nicolaou is Aspen’s Senior Executive responsible for Strategic Trade. Previously he was CEO of Aspen’s Export Division. Aspen is Africa’s largest and the world’s 9th largest generic Pharmaceutical Company by revenue ranking.   Nicolaou has over 20 years experience in the South African and International Pharmaceutical Industry and is a previous winner of the SA Institute of Marketing Management (IMM) Health Care Marketer of the year Award, the most prestigious of its kind at the time. He was recently inducted as the youngest Fellow of the Pharmaceutical Society of South Africa (PSSA), one of the highest honours bestowed by the PSSA.   He has previously and continues to serve on a number of Industry & Para-Government structures, some of which include:

He has been a speaker at a number of conferences, including the Economist Roundtable, the World Economic Forum (WEF) and recently delivered a lecture on ARV developments at the Raigon Institute, a JV between Harvard Medical School and the Massachusetts General Hospital.

Aspen is a global supplier of branded and generic pharmaceutical products as well as consumer and nutritional products in selected territories. The Group has a proud heritage dating back more than 160 years and today its products reach approximately 150 countries. Aspen is the largest pharmaceutical company listed on the JSE Limited (“JSE”), South Africa’s stock exchange. Aspen had a market capitalisation of R103,5 billion (approximately USD10 billion) as at 30 June 2013. The Group has delivered sustained growth for 15 consecutive years with a CAGR in revenue, operating profit and normalised diluted headline earnings exceeding 40% for this period. It is ranked amongst the top 10 generic pharmaceutical producers globally and Aspen has a strong and growing footprint in emerging markets. The largest pharmaceutical company in Africa, Aspen has an expanding presence in Latin America and South East Asia. Recently announced acquisitions will extend the Group’s emerging market presence to the Commonwealth of Independent States (“CIS”), comprising Russia and the former Soviet Republics as well as to Central and Eastern Europe (“CEE”). Aspen is one of the leading pharmaceutical companies in Australia, and is beginning to establish a presence in other developed markets. Following the acquisition of the active pharmaceutical ingredient (“API”) manufacturing sites in the Netherlands and the United States on 1 October 2013, the Group now has 22 manufacturing facilities at 16 pharmaceutical manufacturing sites on six continents and approximately 8 200 employees. Aspen’s vision “to deliver value to all our stakeholders as a responsible corporate citizen that provides high quality, affordable medicines and products globally” is strongly underpinned by its values that define the foundation on which Aspen has been built. These values of commitment, excellence, innovation, integrity and teamwork are embraced by all employees in order to achieve the vision of the Group.