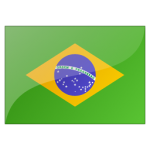 Brazil has turned into an important voice in the international development debate thanks to its success in combining economic growth with better opportunities for all. From 2003 to 2009, more than 22 million Brazilians emerged from poverty.

With a Gross Domestic Product (GDP) of US$ 2.253 trillion in 2012, Brazil is the world’s seventh wealthiest economy. It is also the largest country in area and population in Latin America and the Caribbean.The country will host the World Cup in 2014 and the Olympic Games in 2016, demanding massive investments in areas such as urban and social development and transport infrastructure.The Brazilian economy slowed significantly over 2011 and 2012. The GDP growth of 7.5%, decelerated to 2.7% in 2011 and came to 0.9% in 2012. Industrial output and investment demand were affected disproportionately.The slowdown was driven by both domestic and external factors. While the stimulus measures undertaken have so far failed to lift economic activity, signs suggest that the business cycle may finally start to gather forward momentum.Still, Brazil’s strong domestic market is less vulnerable to external crisis, and Brazilians are benefiting from stable economic growth, relatively low inflation rates and improvements in social well-being.The financial sector has weathered the slowdown well so far. The banking system has remained sound and resilient. Despite rapid credit growth, lower interest rates have helped contain delinquencies and allowed asset quality to broadly stabilize.Foreign direct investment remains more than sufficient to cover the current account deficit, which has hovered around 2.2% of GDP. Portfolio flows showed significant volatility however due to changing interest rate differentials and imposition of financial transaction taxes.Brazil’s overall macroeconomic framework is solid and sustainable in the medium term. The main risks to the outlook relate to the external environment however mitigated by high foreign reserve levels (about US$380 billion), favorable external debt composition, a current account fully covered by foreign direct investment and an overall low degree of trade openness.The Growth Acceleration Plan (in Portuguese) was launched in 2007 to increase investment in infrastructure and provide tax incentives for faster and more robust economic growth.In 2012, the Government launched a range of initiatives to reduce energy costs, restructure oil royalty payments, strengthen investment in infrastructure through foreign participation, and reform the subnational value-added tax.Brazil experiences extreme regional differences, especially in social indicators such as health, infant mortality and nutrition. The richer South and Southeast regions enjoy much better indicators than the poorer North and Northeast.Poverty (people living with US$2 per day) has fallen markedly, from 21% of the population in 2003 to 11% in 2009. Extreme poverty (people living with US$1.25 per day) also dropped dramatically, from 10% in 2004 to 2.2% in 2009.Between 2001 and 2009, the income growth rate of the poorest 10% of the population was 7% per year, while that of the richest 10% was 1.7%. This helped decrease income inequality (measured by the Gini index) to reach a 50-year low of 0.519 in 2011.Despite these achievements, inequality remains at relatively high levels for a middle income country. After having reached universal coverage in primary education, Brazil is now struggling to improve the quality and outcome of the system, especially at the basic and secondary levels.There has been enormous progress in decreasing the deforestation of the rain forest and other sensitive biomes, but the country faces important development challenges in combining the benefits of agricultural growth, environmental protection and the sustainable development.As one of the leading nations on climate negotiations, Brazil has committed voluntarily to reducing its greenhouse gas emissions by between 36.1% and 38.9% until 2020.